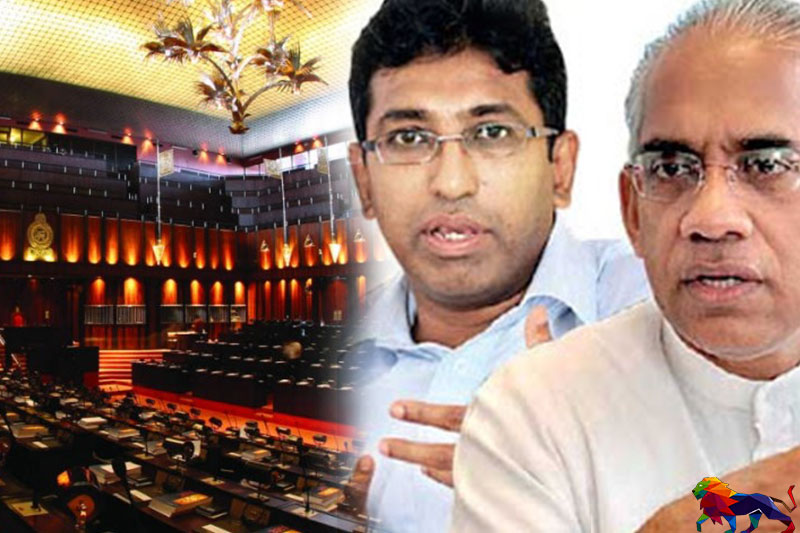 The government has deployed the Army to provide security for Parliament amidst requests by the opposition to reconvene Parliament.

Former parliamentarians Eran Wickramaratne and Harsha de Silva, in a letter to the Secretary General of Parliament, has sought clarification as to why the Army was deployed when it was the Police that usually provided security to the Parliamentary complex.

"With an island-wide curfew and a lockdown, we wanted to know what necessitated such security changes. What was the threat assessment? Was there a terrorist threat? We have not received any indication of a threat that necessitated a change of usual security arrangements," the former ministers said.

They noted that it is the responsibility of all citizens and especially those paid out of the public purse to maintain peace and safeguard the separation of powers between the three organs of government i.e. the Executive, the Legislature and the Judiciary, which are the essential components of a constitutional democracy.

However, the military says the Army has been deployed to provide security to the Parliamentary complex as Police personnel have been assigned to Covid-19 containment measures. 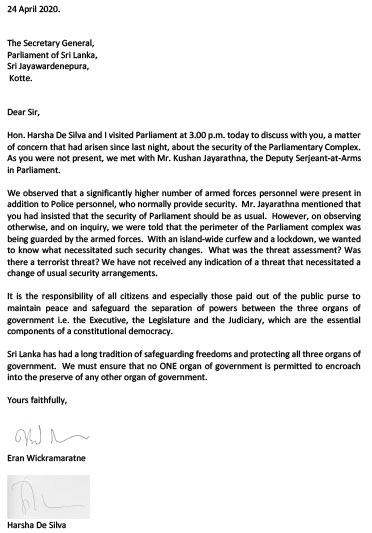