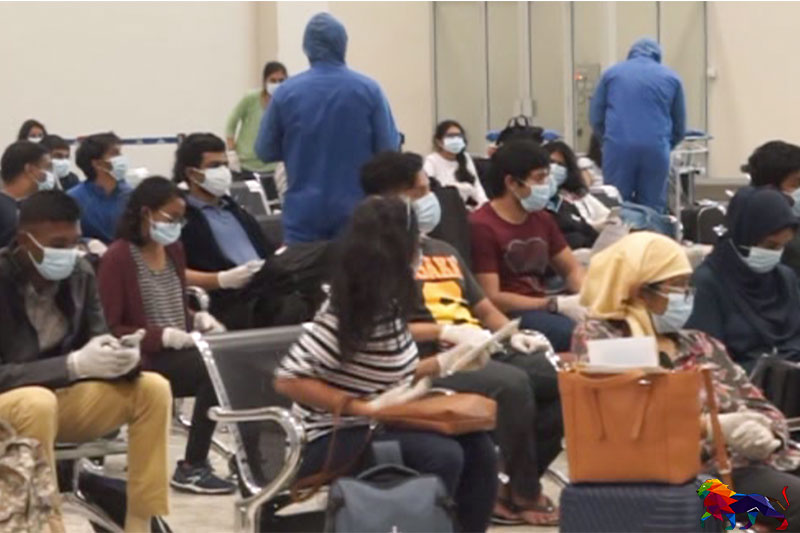 Sri Lankan undergraduates studying in foreign universities on state scholarships have been forced to pay inflated prices for flights back home during the Covid-19 pandemic.

This is when the government had paid airlines to bring back those studying in private universities abroad.

Denouncing the government action as discriminatory, the country’s leading teachers’ union has revealed that the national carrier has overcharged for the price of a return ticket for students travelling from Mumbai to Colombo on Saturday.

Students have paid LKR 58650 each for a one-way ticket whereas a regular return ticket would cost around LKR 45000, says the Ceylon Teachers Union (CTU).

Some receipts and payment slips shared with journalists show that Sri Lankan Airlines has charged over LKR 100,000 for an Amritsar-Colombo one way ticket.

In contrast, the government paid the air fare of the first batch of students to Colombo from Wuhan where the outbreak was first identified.

CTU urges the government to bear the cost of students travel to Sri Lanka and reimburse sums already paid to airlines.

CTU expressed their disappointment at the government forcing students to pay for their travelling while obtaining funds from foreign nations to finance its Covid-19  response.