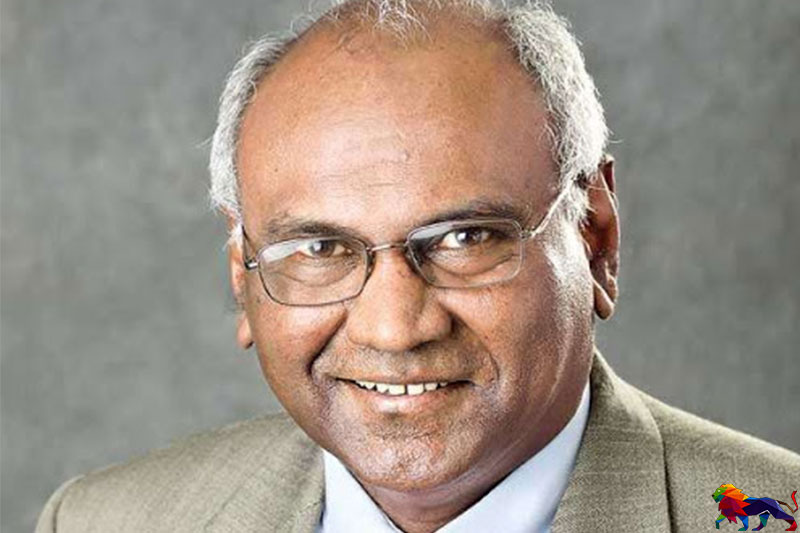 Professor Ratnajeevan Hoole, member of Sri Lanka’s National Election Commission (NEC) has written to the Commission objecting to a proposal to conduct the general election
on May 28, citing health concerns.

Prof. Hoole stated that NEC Chairman Mahinda Deshapriya had suggested that they announce the date of the poll as May 28 but pointed out that Deshapriya had agreed to further postpone the election if the pandemic worsens in the country.

Full text of the letter sent by Prof. Hoole to the NEC is reproduced below.

Subject: Gazetting a Date for Polls

Two days ago, the Chairman telephoned me to confirm my attendance at the Commission meeting on 20.04.2020, and proposed that we gazette polls for 28.05.2020, suggesting that if the COVID Pandemic is not over we could postpone again. I disagreed. I am writing this note to the Commission to argue that we must not set a date until we are sure that we will not be jeopardizing the population’s health by doing so.

Here are my seven reasons:

Setting a new date would make us worse off than now. Once candidates commence campaigning in earnest, we would lose all credibility if we changed dates again. Close to 28.05.2020, we would have no feasible time to avert a constitutional crisis as the 02.06.2020 deadline for the new parliament to convene nears.

We must note that Dr. P.B. Jayasundara has already written in his letter to us, dated 06.04.2020, that after we announced the poll date, several independent candidates and several recognized Political Parties have accepted and acted in accordance with that announcement.

If we publish 28.05.2020 or thereabouts as the new date of election, Dr. Jayasundara will make the same argument that “several independent candidates and several recognized Political Parties have accepted and acted in accordance with” the new date. That is a strong reason why we must not get into the same predicament again. The first thing is to have a clear idea on where we stand.

Moreover, in these cash-short times, the new argument will be made that after the government spends the billions of rupees by the new date of the election, the country would not be able to afford to spend it again after postponing once again. The candidates too will make the argument that they have already spent any war-chest they had.

Once we announce a new date without being sure we can carry it through, it will be too late to go back. Dr. PB Jayasundara has argued that we must set a new date. But section 23(3) does not set a deadline nor does it disallow the required announcements in stages. It also uses the word may, giving us some flexibility. (Note: The PM has made the same argument without addressing what I wrote a week ago in Colombo Telegraph).

Senior Indian journalist P.K. Balachandran wrote on 13.04.2020 with the long headline
“President Gotabaya Rajapaksa is Reportedly Keen to Hold Parliamentary Elections on May 28; Elections Commissioner Mahinda Deshapriya Expected to Make Important Announcement on April 20: Curfews Likely to be Lifted Completely by April 30 to Enable Election Campaigning.” I learn from news media, rather than from the Commission.

At this point, there are serious questions as to the public’s exposure to the virus if polls are conducted. Jaffna Teaching Hospital Director Dr. T. Sathiyamoorthy is emphatic in his public statement (16.04.2020) that in today’s situation, no one can forecast when things will improve or worsen.

Others say they were unable to get true experts into the President’s Taskforce on COVID. Many express disappointment with the politicization of the epidemic but are fearful of being quoted. It is a new phenomenon. A positive feature is the Alliance of Independent Professionals (AIP), an organization that the Chairman’s brother Sunanda Deshapriya is a leader of. It says many professionals in charge of fighting the pandemic are political stooges. I recognize many of questionable reputation on the COVID National Action Committee, including one involved in spinning fake news and others who faced criminal charges. AIP has detailed in its report of 13.04.2020 the alarming deficiencies and untruths in the government’s narrative “to obfuscate the spread of COVID-19“ (through limiting testing and rushed cremations without post-mortems) and to tarnish the reputation of Muslims.

The Commission forcing our poll-workers and voters to risk their lives is a violation of their right to life, voters’ right to franchise, and the dissenting EC Members’ right to conscience in forcing the public to risk health. Surely this is not something we want.

When The Island (15.04.2020), “asked whether the SLPP was trying to justify parliamentary elections amidst crisis caused by the highly contagious virus, Prof. G.L. Peiris said that he merely pointed out that a nationwide poll was conducted in a country.” He, it seems obvious to many, is arguing for elections like in South Korea, despite the pandemic. Be that s it may, can we, a much poorer country, emulate South Korea in this? No!

According to Foreign Policy, over a quarter of eligible voters – 26.7 percent – used early voting there. This significantly reduced queues. But we cannot do this. The law requires postal ballot applications to be made from the seventh to fourteenth day from the proclamation of elections which was on 2.3.2020. It is too late now.

Moreover, when the Commission asked government for doctors to be given the postal ballot because hospitals had no doctors when they went to vote, we were ignored. Do we have South Koreans’ will and public mindedness to do what they did? Here is what happened there:

“In order to cast their ballots, voters had to clean their hands with sanitiser, wear face masks and plastic gloves, stand at least one metre apart, and have their temperatures taken. Those with a temperature above 37.5 oC had to cast their vote in separate booths that were then disinfected after each use. People who had tested positive for coronavirus were under strict instructions to only vote around 6 pm as polls closed and at specially designated polling stations. They were also forbidden from using public transport and were only allowed to walk or take their own car”.

Culture also is relevant in applying their methods here. In the US, Youngmi Kim of Edinburgh University says, voters will not wear masks. Will our voters, who stood crushing each other at supermarkets when they opened for the first time after curfew, maintain the 1m distancing? Will they spend on hand-sanitizers and masks? Will poll-workers come to work? Will our government spend so much? Does it even have the money?

Prof. Peiris also quotes Wisconsin courts forcing the election on 7.4.2020 without postponement. In that instance, President Trump’s Republican Party had moved courts to prevent delaying polling to a safer date.

When the South Korean Election Commission asked the public to participate in elections during the pandemic, the public responded with an increased turn out than before. They trusted their Commission. South Korea’s NEC is constitutionally equal in status with their National Assembly, their executive branch, their Supreme Court, and their Constitutional Court.

However, will our EC command the respect for people to follow our leadership? We cannot even reject the explicitly prohibited nomination papers of an unqualified candidates like at Maharagama’s Local Government Elections and must await court action by a spirited citizen. It took two years to throw out dual citizen Geetha Kumarasinghe from parliament. We are unable to remove a mistakenly elected councillor at Wennappuwa. A local government dual citizen case to which we all know the answer is still going on as the judges ponder the obvious.

There is little respect for the Commission. Parliament has ignored many of our urgent revisions like revising the impracticable quorum for commission meetings. Many accuse us of bias with a view to our reappointment in November. A video from “President’s Counsel” Ali Sabry threatening Muslims who did not vote for his boss passed by the Commission with impunity. Our senior staff are unhappy.

Unlawful backdated political appointments are being made in this election-period but the Commission is unable to act. Today 16.4.2020 according to news reports I judge reliable, lorry-loads of goods for the needy from private donors came to the Jaffna Kachcheri and were parcelled and taken on the GA’s instructions by the Disaster Management head (going alone without Kachcheri workers) to MP Angajan Ramanathan, while Ramanthan made a speech on his Facebook listing previous government distributions as if by him. Now we know why all Northern GAs were transferred ahead of the elections.

Who will take our exhortations seriously? I fear none.

G.L. Peiris (The Island, 2.3.2020) has spoken of a Saboteur at the Election Commission. He expressed “serious concern over the likelihood of the electoral process being sabotaged by a member of the Election Commission (EC). […] He warned of a deliberate attempt to cripple the electoral process. […] The SLPP Chairman pointed out that in terms of the 19th Amendment to the Constitution, the EC couldn’t meet without the presence of all three members. He said that nowhere in the world were all members of a particular body required to be present for a meeting to be quorate.”

Rather strange that his own party voted for the nineteenth amendment and that I was ignored when I, for the past 4 years, have been asking for the quorum to be made 2.

The Commission also formally asked for an amendment that no right-thinking parliamentarian would vote against. But our MP’s and cabinet were too lazy to bother.

It is perhaps because of this ruling party concern that towards the end of my term that I have been given a Coordinator with a car in Jaffna, – for if I do not attend the meeting on 20 May, there can be no quorum to set the election date.

Indeed, now to leave Jaffna with a curfew-pass, a doctor is required to certify that I have no symptoms of COVID-19. My position is that I will not go about my election duties without a doctor examining me and certifying that I have no COVID-19 symptoms. I am worried about going to the hospital to stand in line for a medical certificate to attend the Commission meeting. What then is the position of the wider public of voters? Surely, this needs time and a proper assessment by persons whose competence and commitment to the public cannot be questioned.

We must choose simple solutions eschewing complex ones involving public health risk. The easiest way out has two steps. First, the President cancels the Gazette of 02.03.2020 and buys time at least till 02.09.2020 with parliament there to sort out the legal problems that arise including government funding.

And second go by the advice of the College of Community Physicians issued yesterday: Exit strategy of COVID-19 epidemic in Sri Lanka.

The report needs full reading but the experts emphasize

1. Decisions on the lockdown need a multidisciplinary expert panel from across the nation without strict time-lines and through frequent revisions.

Taking the foregoing into account, it is important that Epidemiologists, public health experts and virologists/microbiologists and experts from other areas (economics, transport sector, finance etc.) be included in the decision making process so as to balance the need for restarting following lockdown and in order to balance the needs.

The EC cannot play at being all these experts at once.