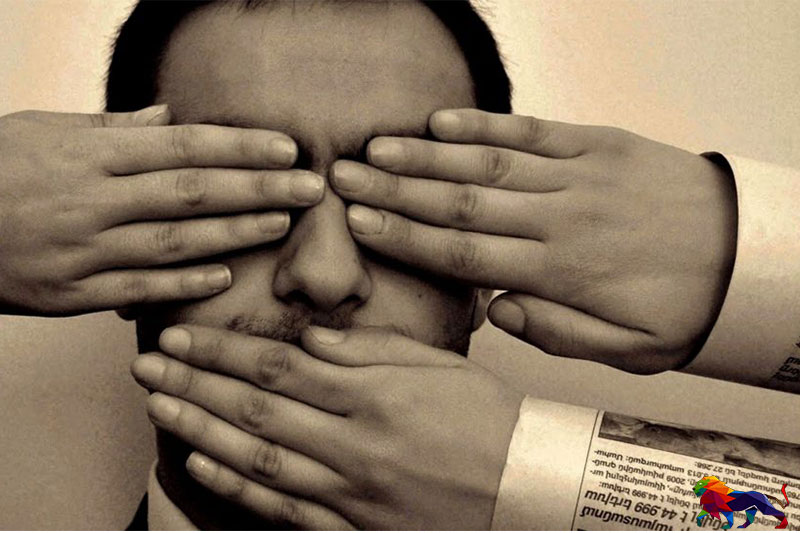 Sri Lanka has been under an unofficial health emergency, since mid March 2020. State of emergency if declared it needs to be endorsed by the parliament within a month.
As the parliament stands dissolved and parliamentary elections postponed, the government has declared the “Police Curfew” to impose Covid-19 related restrictions.
The indefinite ‘police curfew’ since 20 March 2020 clearly does not have an adequate legal status to meet this constitutional requirement. However, while the concept of ‘police curfew’ does not have any statutory basis, it appears to have been generally accepted as a useful police power in maintaining the peace.

On 1 April 2020 the Media Division of the Sri Lanka Police, upon the instructions of the Acting Inspector General of Police (IGP), issued a notice addressed to all media organizations that strict legal action will be taken against those who spread/share false or malicious messages, news or information. There is no Tamil or English version of the instructions as they were issued only in Sinhala language.

Seven leading press freedom organisations in Sri Lanka issuing a statement (in Sinhala, on 6 April) expressed their deep concern with regard to the statement by the Police Media Division on April 01: “Strict legal action against persons who make false or malicious statements over the internet”.

The notice [of the police media division] that strict action will be taken against those who ‘criticize’, point out ‘minor shortcomings/failures’ or ‘scold/chastise’ state officials performing their duties, adversely impacts on the freedom of expression, in particular the expression of dissent, stated a joint civil society statement on 08 April.

Thirty two trade unions, press freedom organisations and civil groups in a joint statement noted (in Sinhala, on 14 April) that “it appears, under the guise of the suppression of  Covid-19 epidemic the government is suppressing the right of people to express their views and their right to protest. A number of people have been arrested in the recent past for social media posts, and it is seen that top police officers have been threatening people claiming that they will continue to arrest them.”

On 2 April Ministry of Health and Indigenous Medical Services issued guide lines for reporting Covid-19. The guidelines requested media not to mention race or religion of persons infected with COVID-19 or of those who die of it and not to report in a manner, which causes hatred among people.

On 3 April, Human Rights Commission of Sri Lanka wrote to the inspector General of Police (IGP) on the need to take legal action (In Sinhala) against hate speech in the context of Covid-19 epidemic.

Notwithstanding the guidelines and warnings hate mongering against the Covid-19 patients has continued unabated with complete impunity.

On 10 April police arrested a social media activist Ramzi Razik for writing a post on his Facebook wall of a need for ideological jihad or ideological struggle against extremist ideas.
According to his other FB posts, he has been a consistent advocate against racism and promoting communal harmony, equality and justice. The police told the court that he may be charged under the ICCPR Act and the Cyber Crimes Act. The ICCPR Act gives discretion for the police to arrest and detain a person and Magistrates don’t have discretion in providing bail. Further police has not taken any action on the death threats circulated in the social media against Ramzi Razik.

Human Rights Commission of Sri Lanka has issued a clear guidelines on the application of hate speech law (s.3 of ICCPR) to the police which they seems to be ignoring.

On 14 April A group of Muslim organizations requested Acting IGP Chandana Wickramaratne to inquire into an alleged campaign against the Muslim community. No action has been taken.

Young Journalists’ Association of Sri Lanka has lodged a complaint (in Sinhala) to the Sri Lanka Medical Board against a leading medical practitioner at the government Cancer Hospital and  provided evidence of naming and shaming a Muslim patient in violation of Code of Conduct & Ethics of the Medical Ordinance. The doctor has named the patient as a walking human bomb in a FB post. But no action has been taken.

Sri Lanka Police arrested a 41 year old woman for posting and sharing false content on FB. She has written on her FB wall  “Gotabhaya has tested positive for Covid-19, Sad.”

Police also raided the home of another university student in Maharagama, near Colombo, following allegations that he criticised the appointment of Basil Rajapakse—the Sri Lankan president’s youngest brother—to head the Presidential Task Force on COVID-19, on his Facebook account. A youth has also been arrested by Uppuweli police in Trincomalee on claims that he criticised on his Facebook the area’s divisional secretariat for injustices that occurred during the coronavirus eradication and quarantine program.

Sri Lanka Police had arrested 11 people and legal action has been instituted against them for “spreading false content” on social media, related to COVID-19. Among the arrested are a Former Presidential Staff Member, a Doctor, University Administration Officer and a University Student. Investigations were also taking place on 70 such separate incidents.

Most of them have been arrested under Section 6 of the Computer Crimes Act and the Penal Code, but has not given no specific details.

Sri Lanka government made cremations compulsory for coronavirus victims on 12 April, ignoring protests from the country’s minority Muslims who say it goes against Islamic tradition.

This decision violates right to freedom of religion and believe.

Issuing a joint statement four UN Special Rapporteurs recommended that Sri Lanka government  give attention to the existing cultural and religious sensitivity or traditions in the country in the MoH Guideline on burial of the Covid-19 dead. “Article 18 of the International Covenant on Civil and Political Rights (ICCPR) protects everyone’s right to freedom of thought, conscience and religion, the statement said.

The Alliance of Independent Professionals [of Sri Lanka] said, on its second status report that “the government has now taken full control of media, including private media, to popularise the political agenda of the government and strategic direction of a Sinhala Buddhist state. The calculated move is visible through an organised social media strategy of the government politicians as well as control of the dissemination of information.”

Racial profiling of coronavirus cases continues even after the Health Services Director General’s guidelines urged the media not to mention the ethnic identity of the victims. Instead of generating sympathy for victims and their families, hatred is heaped on them in the social media even by some people of social standing.  As a result, coronavirus victims are criminalised and stigmatised.
That racism exists in the media to mislead unsuspecting readers and viewers into believing fake news or hate-coated news indicates the inadequacy of media activism aimed at bringing about a fact-based, value driven and agenda-free media culture in Sri Lanka.
(Sunanda Deshapriya)