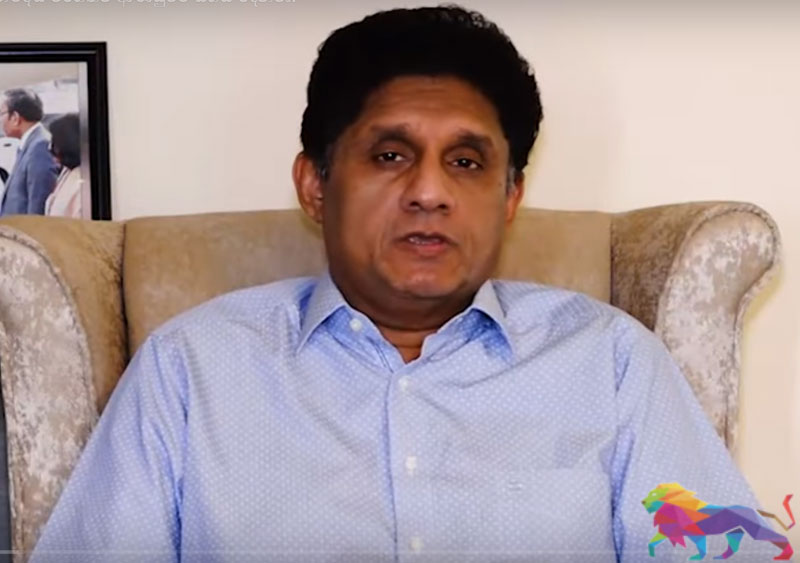 He made this request from the government by releasing a video on social media.
He also requested the relevant authorities to provide relief measures to the hundreds of thousands of people who are daily wage earners as well as provide relief to people in various sectors, such as workers associated with the operation of three wheelers.

Sajith Premadasa also stressed the importance of easing the conditions laid down for Samurdhi beneficiaries to obtain a loan and emphasized the need to provide relief to the poor with immediate effect.
Our unconditional support to the Govt to fight this pandemic!
The former Opposition Leader, while venerating the sacrifices made by the health officials and security forces and other government officials in the fight against the coronavirus, said that all of them deserve the respect and the gratitude of the entire Sri Lankan populace.

Sajith Premadasa also called on the government to immediately consult with the US government to use American technology to expedite the PCR tests needed for the detection of the COVID-19. He added that he would intervene to provide medical equipment as well as other safety equipment required by the health sector workers.

The former Opposition Leader emphasized in the video of his unconditional support to all measures taken by the government in its fight against the coronavirus.
Out of the frying pan and into the fire
Various articles and videos are circulating on social media regarding the sad plight of the people who have been the most vulnerable due to the pandemic.

A video of a man, who worked as a coconut plucker, is seen waiting for free food delievery on the New Road in Gampaha to feed his hungry kids as he is unable to make a living due to the imposition of curfew.