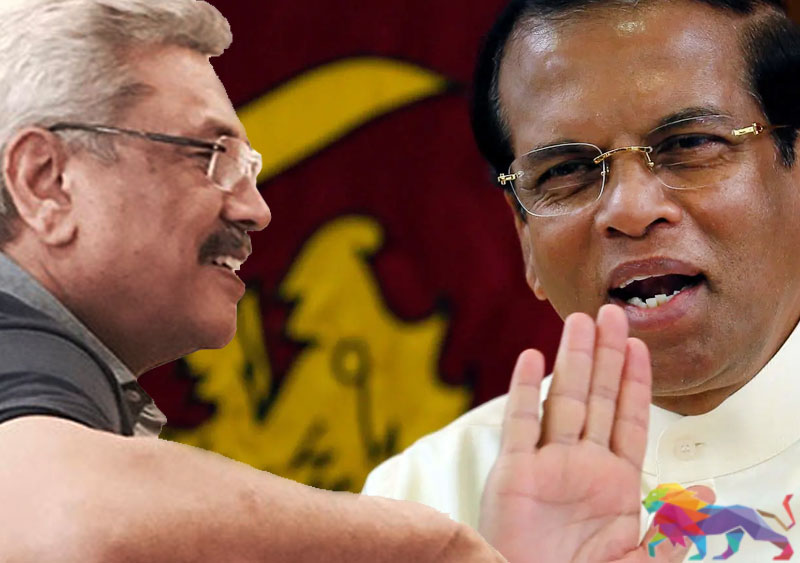 Former president and the Leader of the Sri Lanka Freedom Party (SLFP), Maithripala Sirisena says his party will extend its fullest support to strengthen the government of President Gotabhaya Rajapaksa at the next general election.

Accordingly, the SLFP will join hands with the Sri Lanka Nidahas Podujana Sandanaya (Sri Lanka Freedom People's Alliance) and contest the upcoming general elections under the 'pohottuwa' symbol. He said that the symbol of the party is irrelevant when fighting on behalf of the people in the country.

The former president made these comments while making the keynote speech at a workshop held for SLFP representatives in Polonnaruwa last Saturday.

Chairmen and members of Pradeshiya Sabhas as well as all other SLFP representatives in Polonnaruwa participated at this workshop.

SLFP Leader Maithripala Sirisena said that he is cognizant of the challenges faced by the Gotabaya Rajapaksa government and observed that the payment of salaries to state sector workers have become a serious issue. He further said that the government also needs to settle a substantial amount in debts.

A strong Govt. can't be formed without the SLFP

Pointing out that it is funny to think that one could win the Polonnaruwa electorate without the support of the SLFP, the former president stressed on the need to unite and form a strong government at the general election.

While noting that the SLFP has launched a very systematic campaign, the former president said that he intends to strengthen the Gotabaya Rajapaksa government by working towards the victory of the most number of parliamentarians at the election.