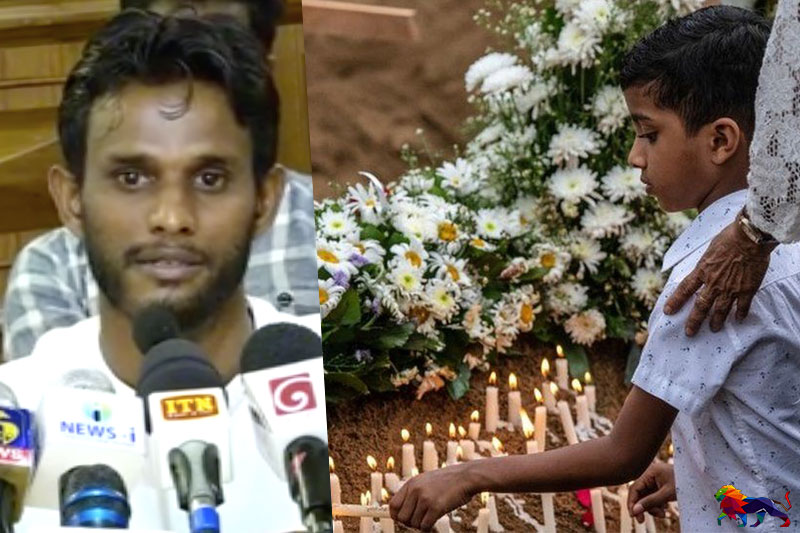 Sri Lanka’s Catholic and Christian communities have raised serious doubts if those attempting to come into power riding on the coattails of National security following the Easter Sunday attacks in fact had some connection to the incident after recent revelations.

They have expressed their dismay that some politicians are attempting to gain political mileage by using their pain and suffering following the attacks.

Activists representing the Catholic and Christian community held a press briefing yesterday (11) to express their concerns regarding these matters publicly.

Expressing his views, one activist said:

"It is clear today who allowed for the attacks to take place by arresting the Director of the Terrorism Investigations Division (TID) DIG Nalaka Silva, who had been investigating into Zahran and his extremist group.

DIG Nalaka Silva is a Catholic. I ask the Catholic people to read his witness testimony from page 109 - 115 at the Parliamentary Select Committee’s final report. No other person needs to provide you with evidence about this act.

The public has a responsibility to find out what is in these reports and read them. Not who came before the PSC. Nalaka Silva clearly identifies Zahran’s gang. He has followed Zahran’s gang for years," the activist said.

When Mr. Illangakoon handed over Nalaka Silva this post, he had said that Silva must serve the country since he was the most talented officer in that division of the Police.

Accordingly, he restructured the TID and followed Zahran 24/7 while noting their activities down. When he had obtained an arrest warrant to take Zahran into custody, they allowed for a man called Namal Kumara to release a sound clip thereby stopping him and preventing Zahran’s arrest.

We are left with a serious question mark as to who this invisible hand that was behind this incident.

Specially one political party is using this Easter Sunday attack to peddle National Security to come into power, it has forced us to suspect that if this political camp is behind this incident.

Request from the Bishop’s Conference!

We also ask the Archbishop and the President of the Bishop’s Conference, Bishop Winston Fernando to come forward to ensure the protection of Nalaka Silva. It is your responsibility at this juncture.

Because the most important and living proof for the attack today is Nalaka Silva.

A political camp claims it will release all war heroes. We are asking them what war heroes are they talking about? We have to question if they are referring to those who shot directly at the Rathupaswala Church and used their power as well as bullets to kill innocent people.

According to Christian teachings, we cannot stand with an extremist or racist camp. God is watching us and we have a responsibility to stand for truth and justice."