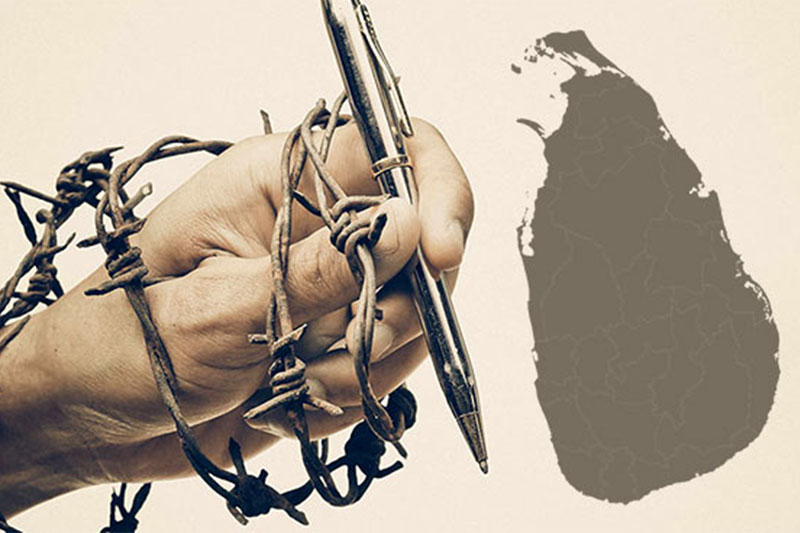 A leading international media watchdog has condemned a threat made against a journalist while urging Sri Lanka's presidential candidates to respect press freedom.

Paris based media rights group Reporters Without Borders, in a statement issued on Wednesday (6), called on the two main presidential contenders to 'give specific undertakings to defend press freedom in general and journalists’ editorial autonomy in particular.'

The latest RSF statement comes as a response to a threat made by the owners of Capital FM radio against Tamil-language news editor K.M. Razool, who was later fired from his job.

"Sri Lanka’s journalists have strong grounds for viewing the outcome of this election with concern, both for their editorial freedom and for their physical safety. Both candidates are riding a tide of Sinhalese and Buddhist ethno-nationalist rhetoric that is hostile to the Tamil and Muslim minorities, so reporters from these communities fear being the victims of even greater pressure,' the group said.

Reporters Without Borders (RSF) calls on Sri Lanka’s presidential candidates to give firm pledges to respect press freedom after a media owner threatened and then fired a radio news editor for refusing to broadcast fabricated and biased information, in an incident that speaks volumes about intimidation of journalists in Sri Lanka.

“He shouted at me, threatened me and even nearly assaulted me,” former Capital FM Tamil-language news editor K. M. Razool told RSF, referring to the way he was treated on 16 October by Vincendrarajan Sathasivam, the head of Trymas Media, the company that owns Capital FM.
Journalist K.M. Razool 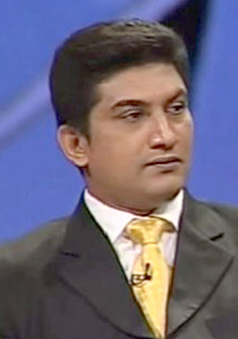 Razool said the outburst was prompted by his refusal ''as the news editor” to publish content “based on unverified sources and biased in favour of a particular political party.” He received a letter the next day firing him for “unruly behaviour.”

The “unruly behaviour” was refusing to publish a dubious item favourable to Gotabaya Rajapaksa, a presidential candidate in the 16 November elections. Razool’s former boss, Sathasivam, is reportedly very close to a politician in the city of Jaffna who is supporting Rajapaksa’s candidacy.

“The way K. M. Razool was threatened and then fired is typical of the constant harassment to which Sri Lankan journalists are subjected in their work,” said Daniel Bastard, the head of RSF’s Asia-Pacific desk.

“The 16 November presidential election will lack any legitimacy if journalists cannot practice their profession with complete independence. We therefore call on the two main candidates to give specific undertakings to defend press freedom in general and journalists’ editorial autonomy in particular.”

Regardless of who wins the election, the behaviour of Sri Lanka’s next president with regard to press freedom will be scrutinized closely and he will need to quickly reassure journalists, who have every reason to be concerned.

One of the two leading candidates, the New Democratic Front’s Sajith Premadasa, is the son of former President Ranasinghe Premadasa, who is remembered for repeatedly violating press freedom during his term of office from 1989 to 1993.

The other is Gotabaya Rajapaksa, the candidate of the Sri Lanka People’s Freedom Alliance and brother of another former president, Mahinda Rajapaksa, whose ten years in office, from 2005 to 2015, are described by reporters as a “dark decade,” one in which at least fourteen journalists were murdered in connection with their work, according to RSF’s barometer.

During his brother’s presidency, Gotabaya Rajapaksa was secretary of defense and used the position to crack down hard on journalists. He was, for example, said to have been directly implicated in the murder of the Sunday Leader’s well-known editor, Lasantha Wickramatunga, who was gunned down on 8 January 2009 after reporting that Gotabaya Rajapaksa was receiving backhanders.

After 2015, a former army chief reported that Gotabaya Rajapaksa had created a special unit known as the “Tripoli Platoon” whose sole job was getting rid of the journalists he disliked. Its speciality was abducting reporters in white vans and then killing them, with the result that Rajapaksa was nicknamed the head of the “white van commando.”

Sri Lanka’s journalists therefore have strong grounds for viewing the outcome of this election with concern, both for their editorial freedom and for their physical safety. Both candidates are riding a tide of Sinhalese and Buddhist ethno-nationalist rhetoric that is hostile to the Tamil and Muslim minorities, so reporters from these communities fear being the victims of even greater pressure.

RSF already reported a disturbing increase in police attacks on Tamil journalists last May, coinciding with the celebrations to mark the 10th anniversary of the official end to Sri Lanka’s civil war.

The Media Ownership Monitor report on Sri Lanka that RSF exclusively published in November 2018 showed a deep polarization in the Sri Lankan media landscape linked to a particularly high level of politically-linked ownership concentration. Fewer than 20% of Sri Lankans have access to newspapers that are not directly affiliated to a politician.

Sri Lanka currently has no legislation that guarantees the editorial independence of journalists or prevents conflicts of interests between media owners and politicians. It is ranked 126th out of 180 countries in RSF’s 2019 World Press Freedom Index.