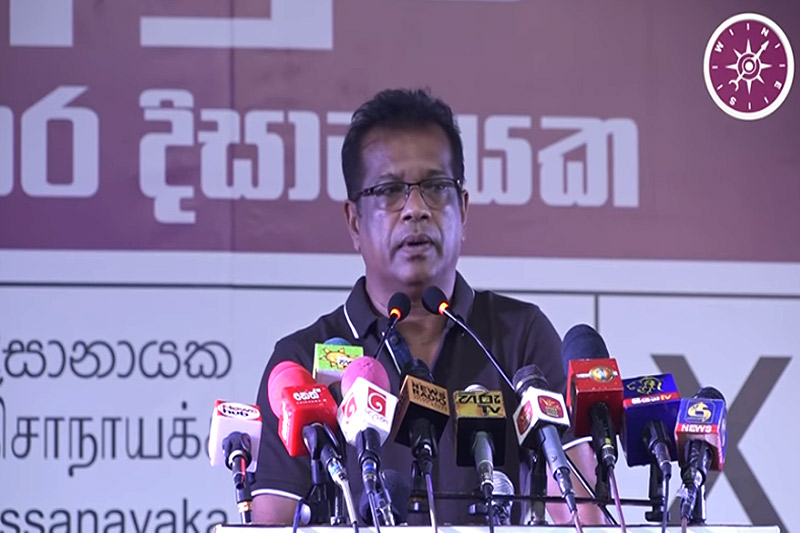 Politburo member of the Janatha Vimukthi Peramuna (JVP), K. D. Lalkantha says that if any individual looking at voting for National People’s Power

(NPP) presidential candidate Anura Kumara Dissanayake is worried that it would result in Gotabaya Rajapaksa’s victory, they can cast a second preference.

Lalkantha explained that people with such sentiments could mark “1” in front of Anura’s name and a “2” in front of the name of a candidate who is not Gotabaya Rajapaksa.

The former JVP MP made these observations last Saturday (2) at a NPP election rally in Embilipitiya.

“We have nothing much to say? What do we do? We go to the polling booth and mark a cross in front of the NPP symbol, the compass,” he said.

He further noted that while there are some who are firm in their decision to vote for the NPP, there were still some who were worried that a vote to the NPP would result in bringing victory to Gotabaya Rajapaksa.