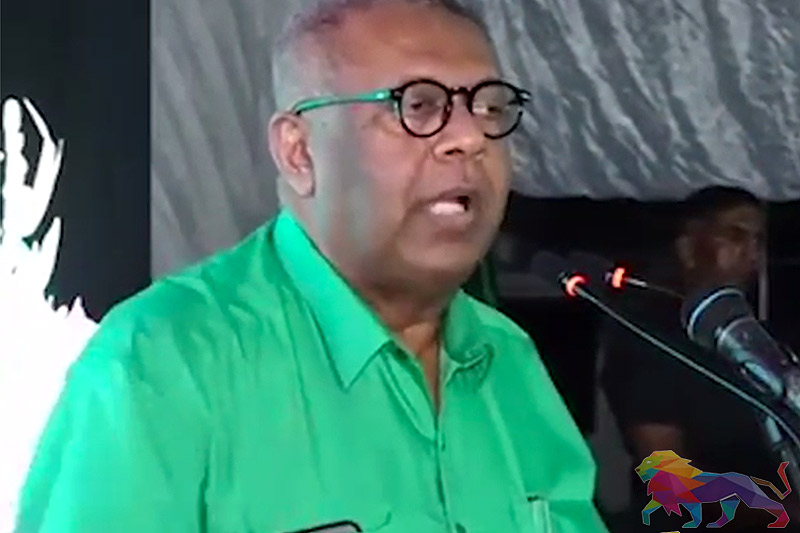 Minister of Finance, Mangala Samaraweera has pointed out that while R. Sampanthan from the Tamil National Alliance (TNA) who accepts the Sri Lankan constitution

and respects the national flag is supporting Sajith Premadasa while individuals such as Varadaraja Permual, who declared a separate Eelam nation at Trincomalee in 1990 and raised the Eelam flag, is supporting Gotabaya Rajapaksa.

The Minister made these comments at a rally held in Matara on Sunday (03). He said that Sampathan from the TNA working with the UNP is not a new phenomena and pointed out that in 2013, Sampanthan joined the UNP May Day rallly held in Jaffna and went on to raise the national flag before the people of the North. 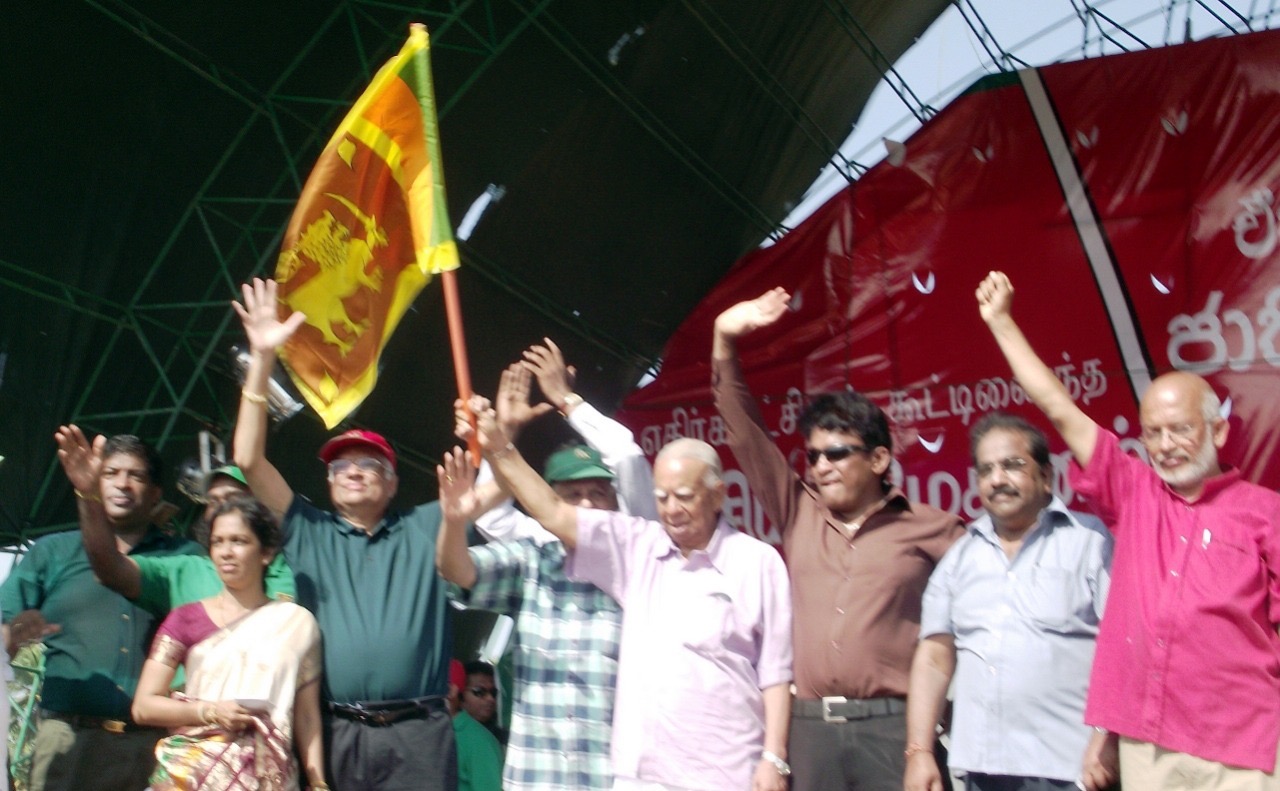 “This is not new. The TNA has continued to work with us,” he further added. "A large number of people have joined us now. I saw even Derana has sent a news alert on this. We already knew these. But they are now saying the TNA has officially decided to support Sajith."

"This is not new as I said because the TNA was with us but now they will say that the Tigers have arisen,” he pointed out. “We must remember now where those who tried to divide this country are and where those who have tried to bring the country together are."

"Sampanthan I recall joined the UNP’s 2013 May day rally. He joined us on stage and raised the Sri Lankan flag. He waved it in front of the people. It is that TNA leader Sampanthan who has joined us now.”

Who is in the Gota camp?

"Who is in the other camp? It is none other than Varadaraja Perumal who declared a separate Eelam state in Trincomalee in 1990 and raised the Eelam flag in public for the first time in Sri Lanka’s history who is now supporting Gotabaya."

"What about Pillayan who kidnapped children and forced them to join the LTTE? The so called great patriot Mahinda Rajapaksa even visited him in jail. He has also joined that camp."

"We got scolded for not closing down Hizbullah’s university. The opposition said he is helping terrorists. But where is he now? Today morning I saw him telling his supporters to cast their second preference to Gotabaya," he added.

"So this is obvious. A people's force consisting of Sinhalese, Tamils, Muslims, Burghers and Malays have gathered around Sajith Premadasa to unite the country today. On the other hand, all the terrorist extremist forces that divide the country have joined with Gotabhaya Rajapaksa," Samaraweera noted.

Do you recall the fake PM requesting Sampanthan’s help?

After the Ilankai Tamil Arasu Katchchi (ITAK) party expressed their support to Sajith Premadasa on Sunday (03), many supporters of Gotabaya have started circulating racists posts on social media. In response, Colombo Telegraph editor Uvindu Kurukulasuriya had posted this on his Facebook page.

"Apparently the Tigers have now suddenly arisen. This is a photograph showing fake Prime Minister requesting the 'Tiger’s help' from the then opposition leader aka the Chief Tiger during last years October coup. 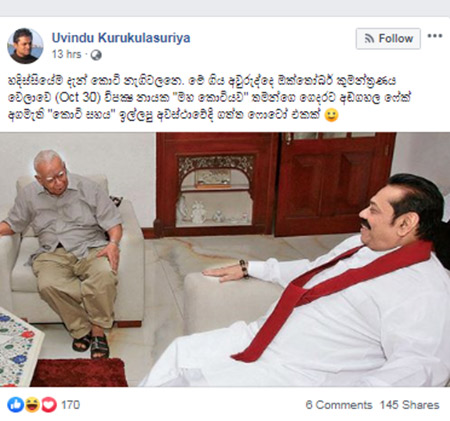