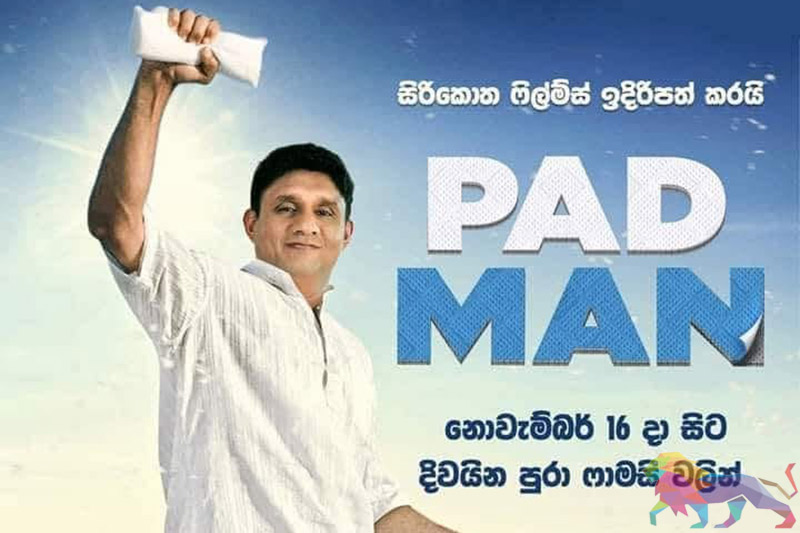 holding a sanitary napkin in his hand.

Premadasa has tweeted saying that more than half of adolescent girls in Sri Lanka miss school when on their period according to UNICEF impacting girls’ education.

He has noted that a United National Front (UNF) government would reduce the 100% levy on sanitary products to 63%, but thousands of women still suffer stigma and put themselves at risk every month.

“I will not shy away from this conversation. If we are serious about women’s empowerment, this is a basic place to begin. Until sustainable cost effective alternatives are found, I stand by my promise to provide sanitary hygiene products free of charge,” Premadasa has said in a Twitter post.
PIC padman.jpeg

Premadasa said that he remains committed to women’s rights and will wear the ‘pad man’ label proudly.

“In my view, it is certainly preferable to being the #manwiththevan,” he has tweeted.

Loyalists of the Sri Lanka Podujana Peramuna (SLPP) have made critical remarks about presidential candidates who have taken up women’s issues as well as those of the LGBTQI community in the country.

Apart from Premadasa, National People’s Power (NPP) presidential candidate Anura Kumara Dissanayake was earlier criticized by SLPP loyalists on social media after he spoke of the country’s LGBTQI community and pledged to address their issues. 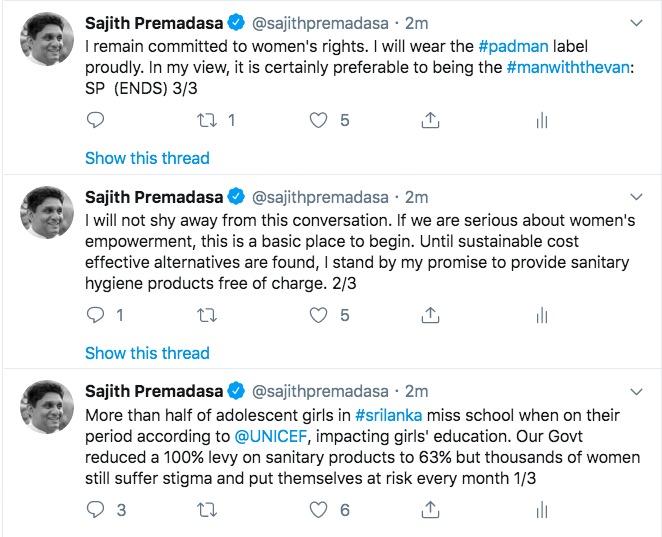