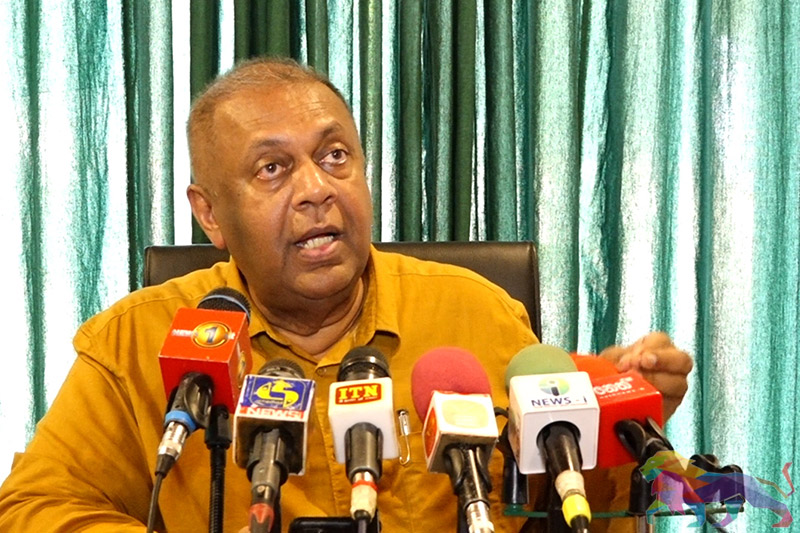 Presidential hopeful Sajith Premadasa’s election manifesto will be launched in Kandy on October 31 at an event held at the Queens Hotel,

The first copy of the manifesto is to be presented to the Mahanayakas of the Malwatta and Asgiriya chapters by Sajith Premadasa.

Commenting on the event, Minister Samaraweera said the manifesto will be more progressive, creative and focus on the future of the youth, women as well as the citizens of the country than in 2015.

"Unlike the fairy tales of the Rajapaksas', we will do as promised this time around as well"

“Our manifesto will be launched in Kandy on the 31st. It won't not be like the Rajapaksa manifesto. I am not only referring to their recent one but those they presented in 2005 and 2010 claiming it was to create a new country.

What happened was not what was mentioned in those manifestos. They said one thing and did the opposite. In 2005, they promised to abolish the Executive Presidency. They also promised to increase salaries and give the people a nutrition pack.

I can prove that Mahinda Rajapaksa did not deliver these and instead took despicable dictatorial decisions to ensure his power and that of his family is stable.

They are presenting a similar fairytale this time. But wait and see, we will present a magnificent manifesto on the 31st.

We have already achieved nearly 80 per cent of the election manifesto released in 2015 and we will do so this time as well.

This year, we are presenting an election manifesto which is progressive and creative that looks at the future of the country's citizens, women and youth."