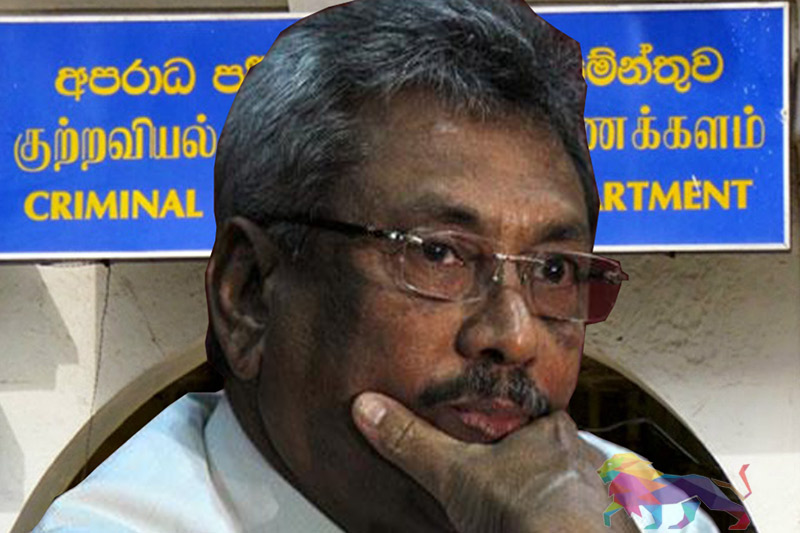 currently in custody over various accusations has resulted in top officers at the Criminal Investigation Department (CID) raising fears over their safety and their families.

Several key investigators have decided to write to the Human Rights Commission of Sri Lanka (HRCSL), top officials of the Police Department and to foreign diplomats about the possible threats they would have to face if military personnel in custody after being arrested over various crimes were released as stated by Rajapaksa.

A senior police officer has told the media that all procedures in relation to the naming of suspects, questioning, taking them into custody, and releasing them on bail had been done as per the legal provisions and with the permission of either the Magistrate Court or the High Court.

One CID investigator, on conditions of anonymity, has said he and his family members live in fear as he was involved in some of the investigations into cases involving military personnel.

Rajapaksa’s Media Spokesman, MP Keheliya Rambukwella has said that ongoing investigations would be continued even under an SLPP government, but those investigations conducted based on political influence would be looked at.

As for fears over the safety of some CID officers, Rambukwella said those who had conducted investigations based on political influence will naturally be concerned.

“Obviously people who acted according to the whims and fancies of politicians are worried because they know the dubious activities they have engaged in,” he has noted.