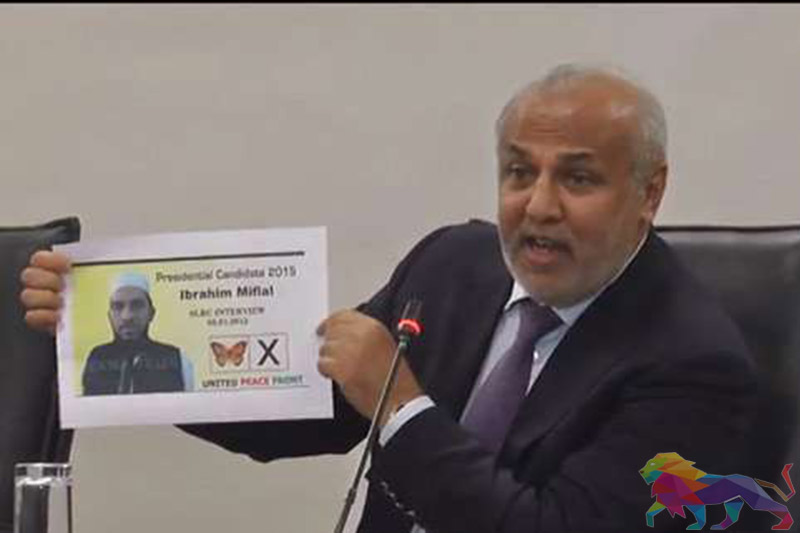 the mastermind of the Easter Sunday attacks and has exposed links between the Sri Lanka Podujana Peramuna (SLPP) and Zaharan.

Hakeem making a special statement in Parliament yesterday (23) has noted that a SLPP member had been seen with Hashim.

He has pointed out that SLPP Kattankudy organiser M.S.M Ziyad is seen next to Zaharan in a video published on social media.

SLPP’s Ziyad is seen in the same video, which was taken at the same meeting where Hakeem was seen, having a discussion with a group of people including Zaharan Hashim.

Hakeem has explained to parliament that the meeting was held to discuss concerns related to Muslims in the Eastern Province after the 2015 elections and was not a direct meeting with Zaharan Hashim.

The SLMC leader has further noted that he was not aware at the time of Zaharan Hashim’s plans to carry out the Easter Sunday attacks this year.

Hakeem said that his character is being unfairly attacked for political gain but has asserted that in the end truth will prevail.

However, it has now been revealed that the video of the meeting where Hakeem is seen with Zaharan has been removed from some social media accounts after the revelation of the SLPP member’s presence in it.