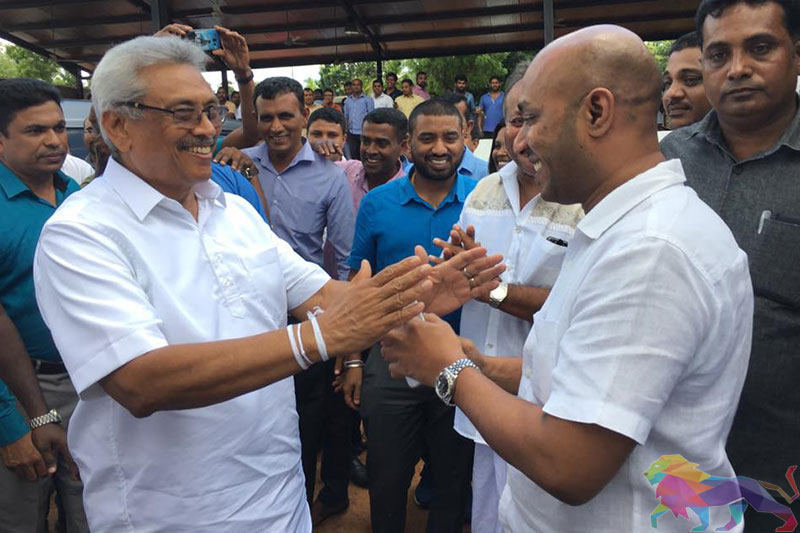 Gotabaya Rajapaksa have decided not to attend rallies organized by the SLPP under the “pohottuwa” symbol.

The SLFP MPs have discussed the need to carry out a separate campaign under the SLFP banner in support of Rajapaksa’s candidature.

However, the SLFPers have also decided to attend the key SLPP rallies attended by Rajapaksa in the districts on his assurance that the SLPP loyalists would not jeer at the SLFP leaders on stage.

SLFP National Organizer, MP Duminda Dissanayake has told the media that the SLFP will only participate in some of the rallies organized by the SLPP and that the SLFP would carry out a separate campaign.

He has explained that it was vital to address the SLFP and SLPP party members separately.

Dissanayake has made these comments in response to a question posed to him on the crowds that hooted at him at Gotabaya Rajapaksa’s inaugural campaign rally held in Anuradhapura on the 9th.

He has said that a few supporters under the influence of alcohol had jeered at him.

According to Dissanayake, some party members were unaware of the importance of these two parties joining forces and that SLPP leaders could also face a similar situation in front of SLFP party members.