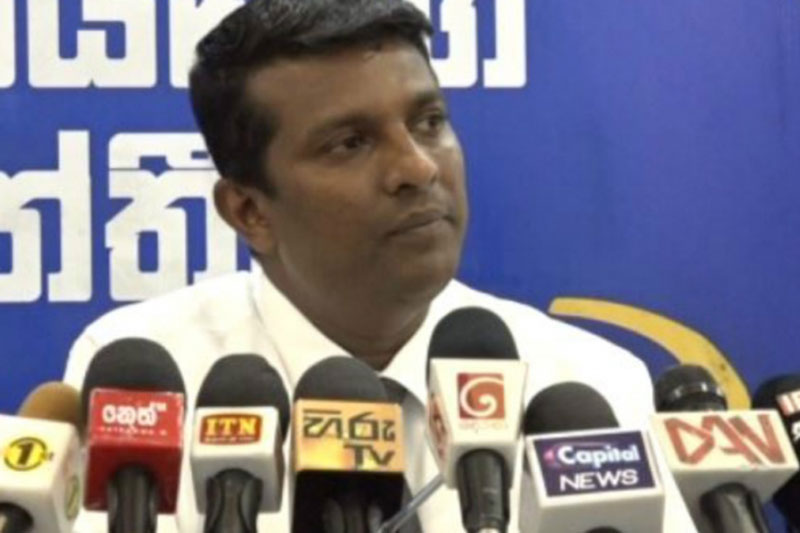 Head of the Organisation for the Protection of the SLFP Rajika Kodituwakku says the dissident organisers would form a political front under “Sri Lanka Freedom Democratic Front”, which would sign a Memorandum of Understanding (MoU) with Premadasa and extend its support towards his victory to defeat the Sri Lanka Podujana Peramuna (SLPP).

Kodituwakku explained that a majority of the SLFP organisers were opposed to the move by the SLFP to extend the party’s support to the SLPP and its presidential candidate Gotabaya Rajapaksa.

He pointed out that the decision to support the SLPP candidate was made by the SLFP parliamentary committee, which did not reflect the opinions of a majority of the party members.

“Out of 182 SLFP electoral organisers, 179 were opposed to supporting the SLPP, but the party has been pushed to support the SLPP. We will gather all SLFP organisers and work to defeat the SLPP and its candidate at the elections,” Kodituwakku said.

He further noted that a convention with the participation of all party organisers will be held this week to launch the proposed Sri Lanka Freedom Democratic Front.

Meanwhile, SLFP General Secretary MP Dayasiri Jayasekara has said that a majority of the dissident group of SLFP organisers were in fact not organisers of the party anymore.

He has noted that the SLFP decided to support the SLPP presidential candidate since the party could not form an alliance with the United National Party (UNP) as it was against party policies and the SLFP was not in a position to field its own candidate.

“The party requested SLFP Leader President Maithripala Sirisena to contest, but since the President did not come forward, we had to make the next best choice as a political party while safeguarding the party’s identity,” Jayasekara said, adding that it was unwise to make political decisions based on individual preferences and that it should be based on politics and policies.

Meanwhile, former President Chandrika Bandaranaike Kumaratunga is reportedly holding talks with several SLFP members to secure their support for the NDF and its candidate Premadasa.

Kumaratunga played a crucial role in brokering a split in the SLFP in 2014 which saw the party’s then General Secretary Maithripala Sirisena being nominated as the common candidate of the United National Party (UNP) led alliance.

Several media reports stated that Kumaratunga was in discussion with five SLFP parliamentarians as well as provincial council and local government members to get them to support the NDF candidate.