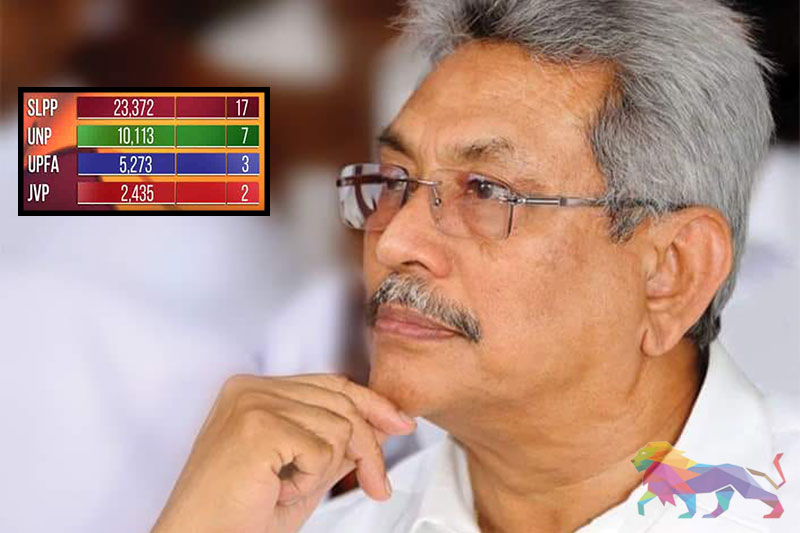 The most significant point made in the Elpitiya Pradeshiya Sabha election which was held in a matter of days
after the SLFP joined hands with the SLPP is that the SLFP grassroots have rejected the 'Pohottuwa' party, the former private secretary to the President, Attorney-at-Law Rajika Kodituwakku said.

Kodituwakku, a leading member of the Organisation to Protect the Sri Lanka Freedom Party made this statement to theleader.lk following the announcement of the Elpitiya election results.

"This result is very clear. Though SLFP MPs betrayed the party in return for benefits, the party members have not left the party. They have voiced their dissent against the destruction of the SLFP by the Pohottuwa party. Knowing that the UPFA will lose, they have still chosen to vote for it.

At this election, the SLPP got 56.31% of the votes. But Mahinda Rajapaksa in 2015 obtained 59.08% of the votes. There is a reduction which is clearly evident.

This is a moment the SLPP has come a bit forward with the SLFP joining hands with it. Even in such a situation, the SLFP of the village has rejected the Pohottuwa. The SLPP is trying to use the UPFA's votes to mislead the people as they were unable to meet the 65% target they had hoped for.

“Though the MPs betrayed the party, the members have not changed. They showed this in Elpitiya. Therefore, we clearly state that true SLFP members like us will teach the Pohottuwa politicos a lesson. We will not allow Gotabaya Rajapaksa to win."

These are the votes received by each party during the Elpitiya election.

The SLPP claims the Elpitiya win reflects its future win at the upcoming Presidential election.

However, according to the UNP, despite losing the Elpitiya seat in 2015 and the general election later, it says as a whole it would have an easy win.

According to the UNP General Secretary Akila Viraj Kariyawasam, the Elpitiya election result does not reflect the mandate of the people across the island. “It is only the sentiments of a small area in the country,” he said.

He noted that even in elections which saw the UNP win, it was unable to win Elpitiya. "Just as Colombo Central and Colombo North being a stronghold of the UNP, Bentara Elpitiya is a stronghold of the Pohottuwa," he added. "Therefore, this is not a significant win as they make it out to be," he said.

"The UNP did not focus on Elpitiya much. What is important to us is the Presidential election. We managed to draw a major crowd to Colombo for our inaugural rally," he added.

What Mahinda said back then

When the courts ordered for the election to be held in Elpitiya, Opposition Leader Mahinda Rajapaksa said the results of such an insignificant election will have no effect on the upcoming Presidential elections.