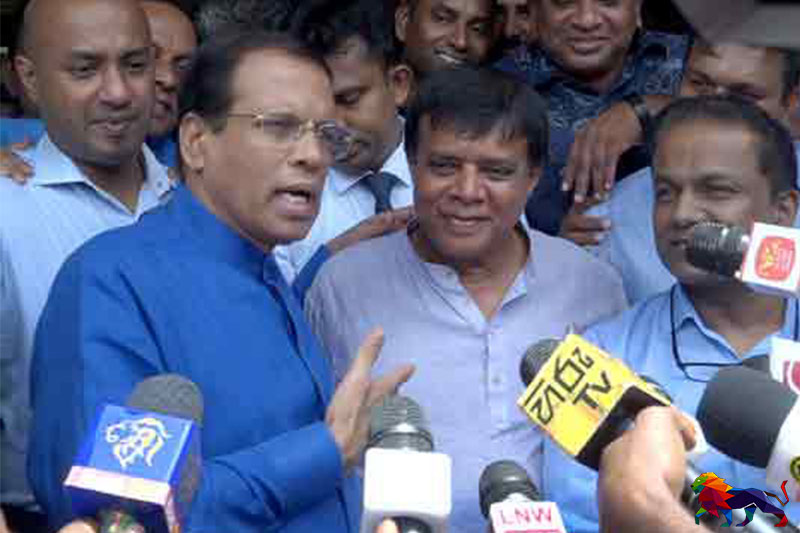 President Maithripala Sirisena has stepped down from the leadership of the Sri Lanka Freedom Party (SLFP) and has appointed Prof. Rohana Lakshman Piyadasa as the temporary party leader to head the party during the presidential election.

The controversy surrounding the SLFP’s stance at the upcoming presidential election has resulted in the President deciding to temporarily step down from the party leadership.

Party sources said the growing controversy surrounding the issue of whom the SLFP should support at the upcoming presidential election has resulted in the President deciding to take a back seat.

The President has appointed a 15 member politburo that consists of the SLFP MPs and Rohana Lakshman Piyadasa has been appointed as acting leader of the SLFP to extend its support to the SLPP and its presidential candidate, Gotabaya Rajapaksa.