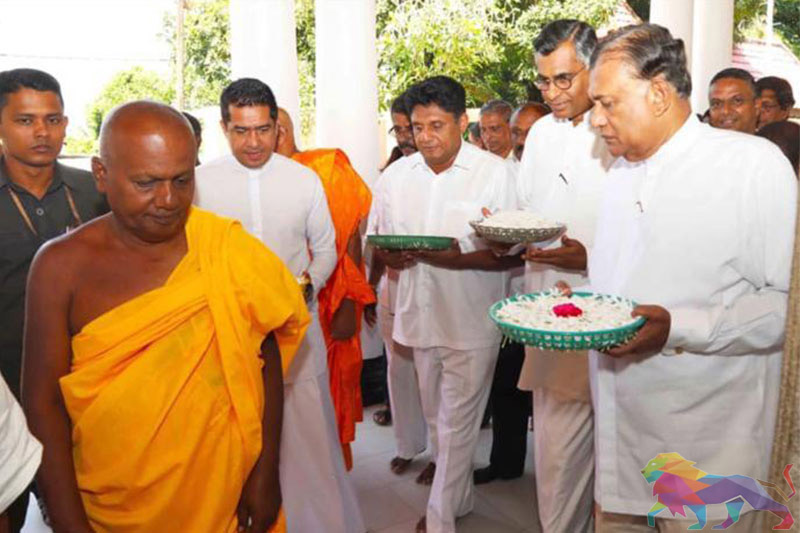 After Sajith Premadasa was announced as the UNF's Presidential candidate at the UNP convention held at the Sugathadasa Stadium recently, he attended a religious ceremony at the Kotte Raja Maha Viharaya and was warmly received by Rohitha Bogollagama, a lay patron of the temple.

The UNP Media Unit said that Rohitha Bogollagama has responded positively to the request made by Sajith Premadasa to rejoin the UNP.