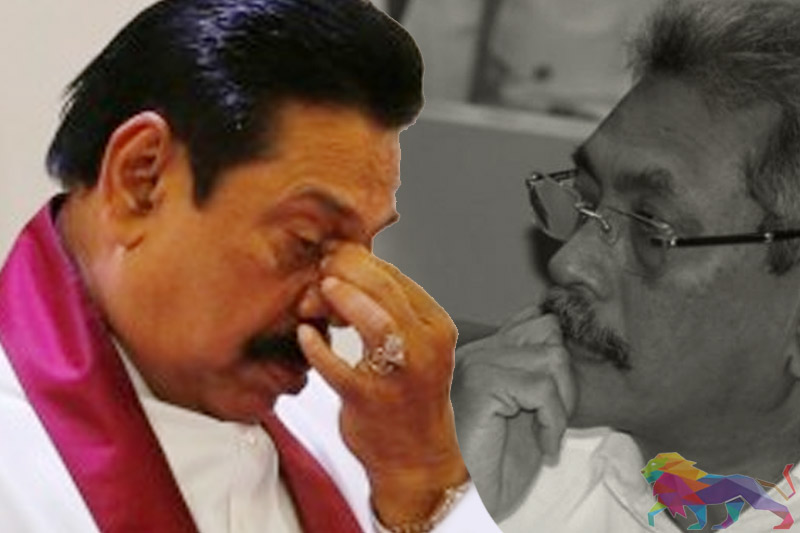 Commenting on the writ petition seeking an order to quash the purported dual citizenship certificate of SLPP Presidential candidate
Gotabaya Rajapaksa, veteran political commentator and senior journalist Victor Ivan says it is likely that “Gotabaya will strikeout prior to the Presidential elections."
The senior journalist had posted on his social media page analyzing the writ petition and its contents.

The petitioners allege that Gotabaya Rajapaksa, former Secretary to the Ministry of Defense, had illegally obtained a passport and a National Identity Card in Sri Lanka, claiming that his US citizenship had been revoked.

The petitioners claim that they have been informed that he has obtained these passports without submitting a formal citizenship certificate and that the issuance of the passport and the NIC are contrary to law.

"I have thoroughly studied the case filed by Gamini Viyangoda and Professor Thenuwara against Gotabaya Rajapaksa about his identity card and passport. My conclusion is that he has no right to contest a presidential election.

Leaving all other allegations aside, even if we only consider the NIC and passport issue, the offence committed by him is extremely serious. He has violated citizenship laws. He has also violated Immigration and Emigration laws. It is obvious he has fraudulently obtained these documents.

According to Citizenship laws one automatically loses citizenship if a person obtains citizenship in a foreign country. He arrived in Sri Lanka during the 2005 presidential election on a temporary tourist visa as an American citizen.

Mahinda Rajapaksa was elected to the Presidency on Friday, November 18, 2005. Gotabaya was granted dual citizenship on Monday November 21. This has happened at a rapid pace when no minister in charge had even been appointed.

Gotabaya introduced himself as a computer engineer in the application for dual citizenship. Therefore, the application can be considered as a forged document with false information.

He also obtained the new National Identity Card (194917210010) while being a US citizen in 2016. In the year 2017, 2018 and 2019, the name of the electoral register has been registered using the invalid old identity card while a new identity card has been obtained in violation of the law.

t is also a serious offence which has been committed purposely.

Gotabhaya has obtained his Sri Lankan passport (N 192600594) despite his American citizenship. They are all serious offences and cannot be regarded as unintentional wrongdoings.

We cannot say how and if the law will be put into action against him. But according to the law, he cannot contest in an election and it is inevitable that he will go to prison for those grave offences committed."