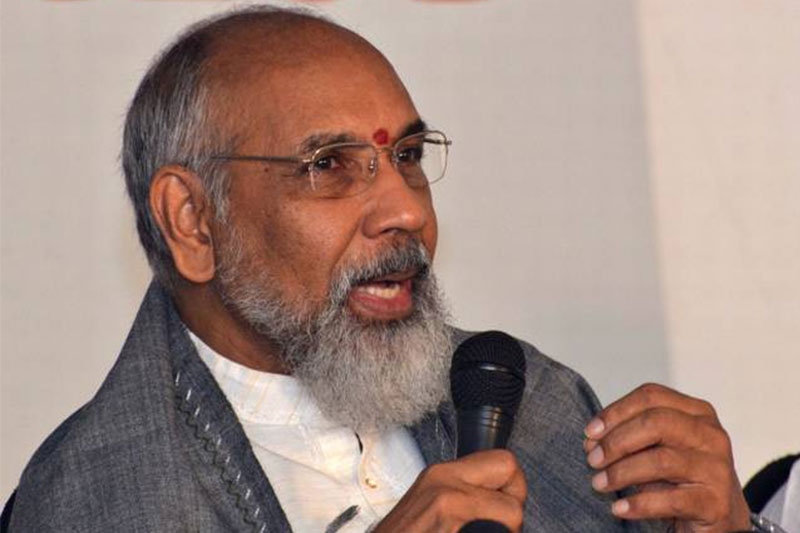 Former Northern Province Governor C.V Wigneswaran says that after taking into account all the candidates that have come forward to contest in the upcoming Presidential elections, Sajith Premadasa is the most suitable for the post.

Speaking to the media on Sunday (29), Wigneswaran said that despite a few weaknesses, he is personally glad that there is a possibility that Sajith Premadasa could be the President of Sri Lanka. He also said he believes Sajith’s education and the political influence of his father would ensure he would govern Sri Lanka well.

The former Governor of the Northern Province also added that Sajith does not appear to be anti-Tamil and he would do well to understand that while 75% of the country’s people are Sinhala Buddhists, 85% of those in the North and East are Tamils.

Wigneswaran said that if Sajith Premadasa takes right and timely decisions, he would have the support of all Tamils in the North and East.

Commenting on Sajith’s weaknesses, Wigneswaran said there appears to be a possibility that he intends to govern the country with Sinhala Buddhism in the fore and also his assurances that he would protect ‘War Heroes’ of the country.

‘Did not agree to support Sajith’ - Sumanthiran

Meanwhile, TNA MP says the party has not officially decided as to who they will support in the upcoming elections.

The MP made these comments at a press briefing following a party meeting of the Illankai Tamil Arasu Kachchi (ITAK) in Mullaitivu this week. ITAK Leader Mavai Senathiraja and MP Shanthi Sri Skandaraja were also in attendance.

Responding to questions posed by media personnel, Sumanthiran said, “We have not yet made an official final decision as to whom our party will support in the presidential election. We have decided to discuss with all the candidates if they like. Several such discussions are already underway. Once those negotiations are over, we will make a decision.”