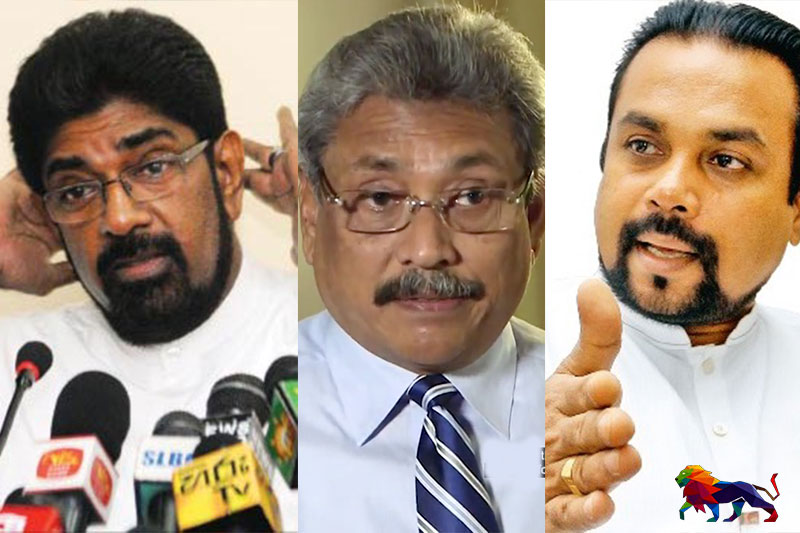 Leader of the National Freedom Front (NFF) Wimal Weerawansa has voiced his dissent against a statement made by Keheliya Rambukwella, spokesperson of SLPP Presidential candidate Gotabaya Rajapaksa.

At a recent press briefing, Rambukwella had said that they are willing to consider the SOFA and ACSA agreements proposed by the US government.

However in response, Weerawansa says these agreements are not suitable to even be considered and those who are talking about these are doing so without a proper knowledge on the matter. He says both agreements are highly detrimental to Sri Lanka.

Meanwhile, at the SLPP convention held on August 11 at the Sugathadasa indoor stadium, Gotabaya Rajapaksa said that he will not sacrifice the country's sovereignty to any foreign country in a bid to win nationalist votes. However, the fact that he failed to directly say if he will sign the agreements or not is said to have upset Weerawansa, a source told theleader.lk.

However, social media posts recently have questioned if Rajapaksa failed to directly voice his opposition to the agreements as the matter of his US citizenship still remains in doubt.

Some social media posts have also questioned if he is seeking to strike a deal with the US government by agreeing to sign the agreements if elected provided the US government revokes his citizenship allowing him to contest in the election without any hindrance.

Meanwhile, speaking in parliament, JVP MP Nalinda Jayatissa revealed that the ACSA was first signed during the Rajapaksa regime allowing the US to use Sri Lankan land, air space and maritime borders.

The agreement signed in July 2007 was signed by the former Secretary to the Ministry of Defence, Gotabaya Rajapaksa on behalf of the government, Jayatissa further added.

The US war ships arriving in the island are perhaps coming due to this agreement, he said adding that the MPs who are now voicing their dissent were silent at the time.

Jayatissa made this statement during the debate of the second reading of the Chemical Weapons Convention amendment bill.

Also speaking during the event, UPFA MP Vasudeva Nanayakkara said that during the time the agreement was signed, President Mahinda Rajapaksa sought his opinion on the agreement.

According to him, Mahinda has asked him not to be concerned about the agreement as he is not personally signing it making it invalid as it is only being signed by a Secretary of Defence and an Ambassador.

Political commentator and veteran journalist Kusal Perera had this to say about the resigning of the agreement which has now expired.

"This government cannot sign the SOFA agreement with the US. It can only be done by a Buddhist leader who will be newly appointed and also have the support of the forces. In 2007 March, Gota signed the ACSA as a Fifth Columnist. As such, there cannot be a contradiction between someone like that becoming a head of state and America's interests."
Related News:
Gota's silence on SOFAand ACSAa problem