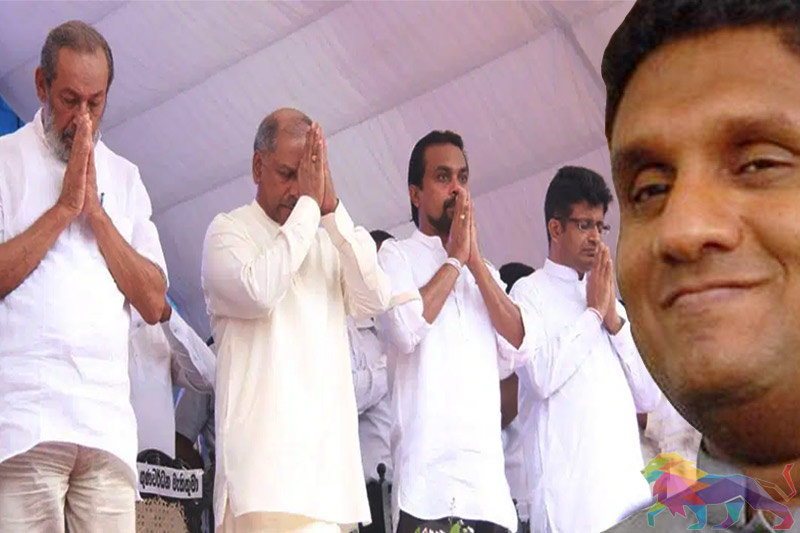 Founder of the Sri Lanka Podujana Peramuna (SLPP) Basil Rajapaksa has hurriedly agreed to create an alliance
between the SLPP and the Joint Opposition (JO) following the startling announcement of Sajith Premadasa as the United National Front’s Presidential candidate.

Speaking to theleader.lk, a senior MP of the JO revealed this when questioned about a statement made by Gotabaya Rajapaksa’s spokesman Keheliya Rambukwella about the SLPP signing a MoU with 19 political parties on October 5.

While Basil Rajapaksa had been confident that Ranil Wickremesinghe will not hand over the Presidential candidacy to Sajith Premadasa, he had therefore assumed there will not be any challenges to Gotabaya and had neglected the JO parties including that of Dinesh Gunawardene, Wimal Weerawansa, Udaya Gammanpila and Vasudeva Nanayakkara.

Election deposit for Gota not paid by an alliance:

Basil Rajapaksa had informed the JO leaders including Dinesh Gunawardene, Wimal Weerawansa, Udaya Gammanpila and Vasudeva Nanayakkara through Mahinda Rajapaksa that Gotabaya would be put forward as the candidate under the symbol of the Pohottuwa after SLPP forms an alliance with them calling it the Sri Lanka Podujana Alliance. However, on September 20, the deposit for Gotabaya Rajapaksa was not paid by an alliance and the promise appeared to have been forgotten.

A website owned by Wimal Weerawansa, lankaleadnews.com had reported that the deposit had been paid prior to forming an alliance demeaning the other parties and leaders of the JO.

Meanwhile, the decisive discussion of the SLFP's central committee on the election symbol of the SLFP and the SLPP is set to take place on September 30 at 7.30 pm. The meeting will be held a the President’s official residence according to the media spokesman of the SLFP Weerakumara Dissanayake.

He also noted that SLFP - SLPP talks have not ended and instead they will continue. He also added that members of the SLFP are pushing for the adoption of a common symbol.
Related News:
Pohottuwa agreement already in disarray : Dinesh, Vasu, Wimal and Udaya take a firm decision!