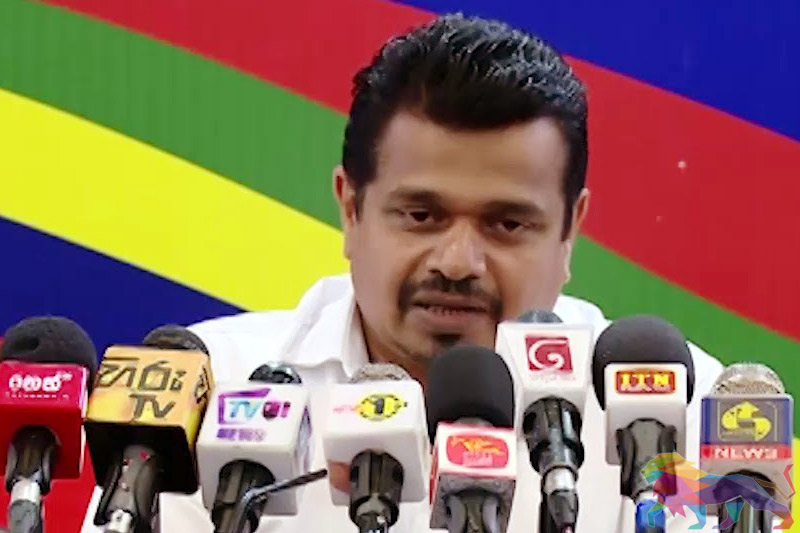 The Sri Lanka Freedom Party (SLFP) is to hold a crucial meeting of the party’s Central Committee (CC)
under the patronage of President Maithripala Sirisena on Monday (30) to discuss the party’s stance at the upcoming presidential election as well as the possibility of forming an alliance with the Rajapaksa led Sri Lanka Podujana Peramuna (SLPP).

The observation was made by SLFP spokesman, MP Weerakumara Dissanayaka.

However, Dissanayaka noted that forming an alliance with the SLPP was extremely remote because it was not prepared to change its ‘pohottuwa’ (flower bud) symbol while the SLFP was adamant on it being changed because SLFP supporters could not be asked to vote for the ‘pohottowa’ while ignoring its own ‘hand’ symbol.

Talks between the SLFP and SLFP are in a stalemate over the symbol issue.

Dissanayaka told the media that the SLFP was ready to accept a common symbol with the exception of the ‘hand’ or ‘pohottuwa’ symbols.

“The stumbling block for a common alliance is the SLPP’s reluctance to change the party symbol. We have agreed on many other areas like a common policy and work programme, the constitution and campaign strategies. If the central committee fails to take a final decision, we will have to finally decide whether to join with the SLPP or go our separate ways,” he said.

Commenting on the attempt by the United National Party (UNP) and Janatha Vimukthi Peramuna (JVP) to abolish the executive presidency, Dissanayaka said the SLFP had decided not to attend any discussions on the matter after the declaration of the presidential election.

He added that the SLFP condemned the covert moves by Prime Minister Ranil Wickremesinghe to introduce the 20th Amendment after the Elections Commission had announced the presidential election.