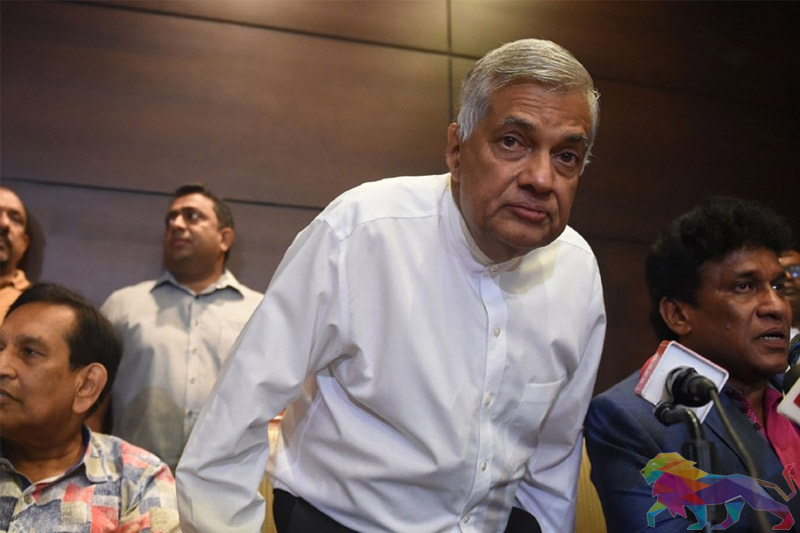 A majority of the Cabinet of Ministers yesterday (19) rejected Prime Minster Ranil Wickremesinghe’s proposal to abolish the Executive Presidency with the aim of blocking the forthcoming presidential election.

A majority of the Cabinet ministers present at the meeting had objected to the proposal and said the move to abolish the Executive Presidency at a time when presidential elections have been declared was not the best course of action.

Meanwhile on a Twitter message by Minister Harin Fernando said a group led by Sajith Premadasa informed Wickremesinghe that any move to abolish the Executive Presidency should happen after the Presidential Elections.

Fernando said Wickremesinghe’s move to abolish the Executive Presidency was “not correct” at a moment when elections have been declared. 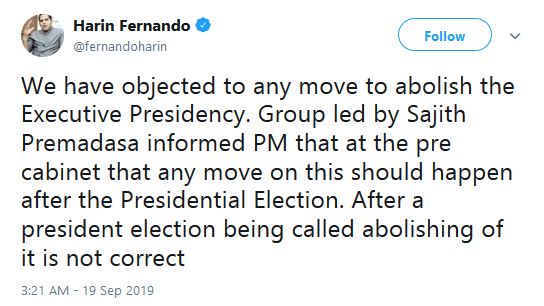 Leader of the Democratic People’s Front (DPF) and Tamil Progressive Alliance (TPA), Mano Ganesan tweeted that it was unanimously decided that abolishing the Executive Presidency will not be taken up “now” as the Elections Commission had already gazetted the presidential election.

“Vast majority of govt ministers declared that “we will go for presidential elections and WIN,” Ganesan said.

Meanwhile, Tamil National Alliance (TNA) MP M. A. Sumanthiran says the TNA is disappointed with members of the yahapalana government who opposed the abolition of the Executive Presidency.

Sumanthiran posting a message on Twitter said such an act was “Selfishness and opportunism at its worst.”

“Disappointed with the “Yahapalanayas” who oppose the move to abolish EP. Selfishness and opportunism at its worst. Abandoning your promises and mandates got over quarter of a century? @TNAmediaoffice will support abolishion at whatever time based on policy and not expediency,” he tweeted. 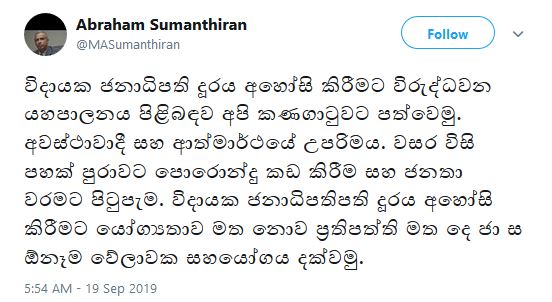