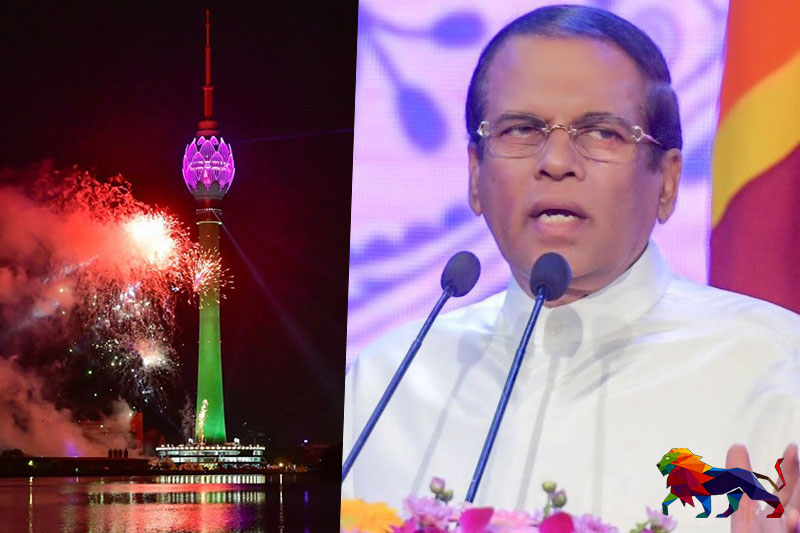 President Maithripala Sirisena yesterday (16) declared open the Colombo Lotus Tower, which is the tallest in the South Asian region. However, the President at the opening ceremony, revealed a major financial scam that had taken place at the initial stages of the Lotus Tower project deal in 2012 during the previous Rajapaksa regime.

The presidential revelation also included the fact that the Rajapaksa government had made financial payments to a company that did not exist in China.

Sirisena said that a Chinese company in 2012 was paid Rs. 2 billion by the then Government as part of the deal for the project.

He said the money had been paid to Aerospace Long-March International Trade Co. Ltd (ALIT) in China.

However, Sirisena, who was elected to office of President in 2015, said that by 2016, there was no sign of ALIT.

The President pointed out that there was no sign of the Rs. 2 billion which was paid by the former government for the project as a result.

The President further exposed that he had launched an investigation through the Sri Lankan Embassy in China and found that there was no company named ALIT at the given address in China.

He said the tower was constructed using a loan obtained from China’s EXIM Bank which Sri Lanka has to pay back with public funds.

The President said the tower was constructed using money which could have been used to pay public sector salaries, purchase medicine, etc.

Sirisena added that more money is needed to fully complete the project.

Former President Mahinda Rajapaksa, who is the incumbent Opposition Leader, was invited to the event, but had not attended yesterday’s event.