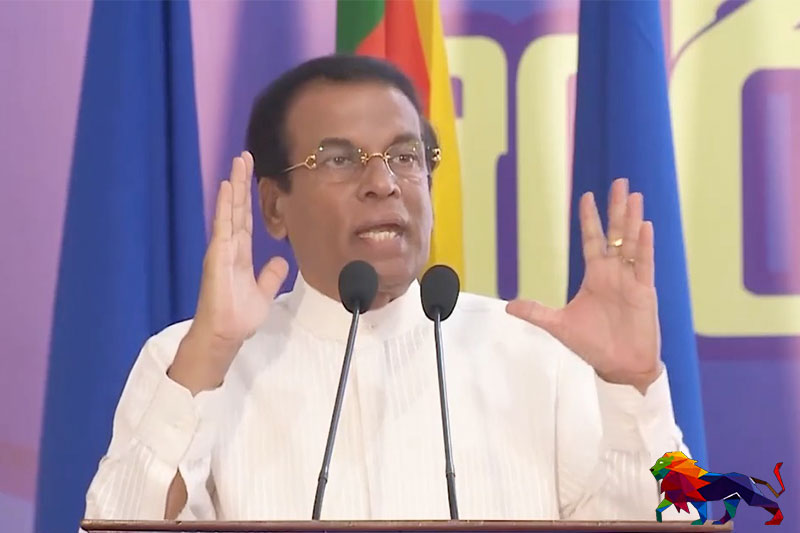 President Maithripala Sirisena claims that according to surveys conducted, it is evident that no candidate will be able to secure over 50 per cent of the votes and would, therefore, need the support of the Sri Lanka Freedom Party (SLFP).

The President made these comments at the SLFP district convention held yesterday evening (15).

“Both parties are seeking our support”

The President also revealed that the SLFP has received invitations from both parties but has not held a discussion with the UNP. According to him, the SLFP held discussions with the SLPP as the SLFP places the motherland in the number one spot while the party’s identity is the next important factor for them.

He also said he will not allow anyone to underestimate the SLFP and is prepared to show the party’s power to both the UNP and the SLPP.
The President also assured the party is prepared to undertake a programme that will ensure that SLFP party members are not treated unfairly.

Sirisena also revealed that the government, as well as the opposition, are holding discussions with a number of diplomatic missions in the country. “The SLFP is, however, a party that cares for our indigenous culture and it will provide the necessary leadership to create a country free of fraud and corruption while continuing to be democratic,” he added.