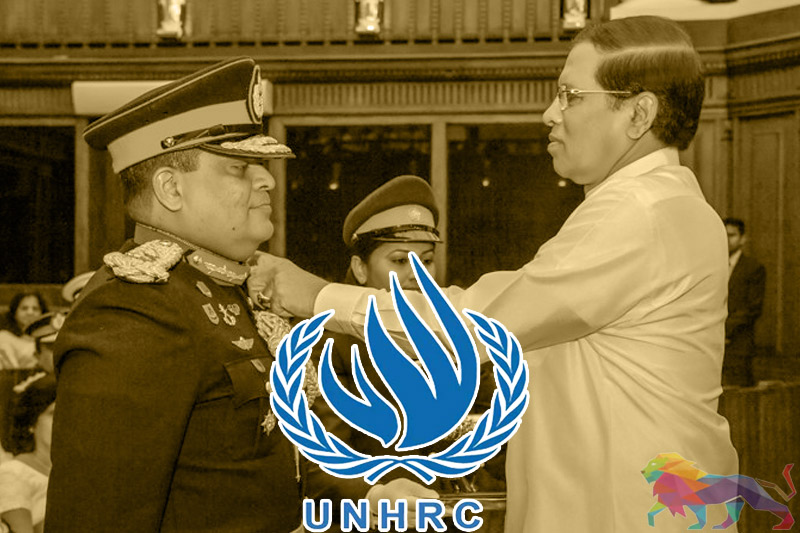 Permanent Representative of Sri Lanka to the United Nations in Geneva, Ambassador A.L.A Azeez says the appointment of the Army Commander Major General Shavendra Silva was a sovereign decision taken by the Head of State.

Azeez made this observation while addressing the 42nd Session of the UN Human Rights Council (UNHRC) on Wednesday (11).

He said external attempts to influence decisions and internal administrative processes of public service promotions in Sri Lanka was unwarranted and unacceptable.

The US, European Union, Canada and the United Nations expressed concerns over the appointment of Shavendra Silva as Army Chief despite  serious allegations of gross human-rights violations against him during the war.

Azeez further said Sri Lanka’s security forces ensured fundamental rights of the citizens, consistent with the pledges it has made before this Council while protecting the country during the aftermath of the Easter bombing.

The full text of his speech is as follows:

Subsequent to the most abominable terrorist attacks over 4 months ago on Easter Sunday Sri Lanka was put to test.

However, we witnessed the continued resilience of Sri Lanka’s security forces to protect the country and its people, while ensuring fundamental rights, consistent with the pledges it has made before this Council.

These range from the speedy restoration of security which has minimized the impact on the country’s socio-economic fabric and upheld its international reputation, the lifting of the State of Emergency within 4 months, providing the ICRC full access to individuals detained, engaging in an informed debate on seeking to upgrade the new counter terrorism legislation, and in deference to the sensitivities of the Muslim community, adjustment of the regulation banning full facial cover attire.

The Government remains committed to combating hate speech and all forms of crimes directed against ethnic and religious communities and is taking steps to counter religious radicalization and violent extremism.

With reference to the recent appointment of the Army Commander it must be noted that this is a sovereign decision taken by the Head of State.

External attempts to influence decisions and internal administrative processes of public service promotions in Sri Lanka are unwarranted and unacceptable. Articulating a position of concern on this appointment by certain bilateral partners and international entities, based on allegations, is regrettable and contrary to the principles of natural justice.