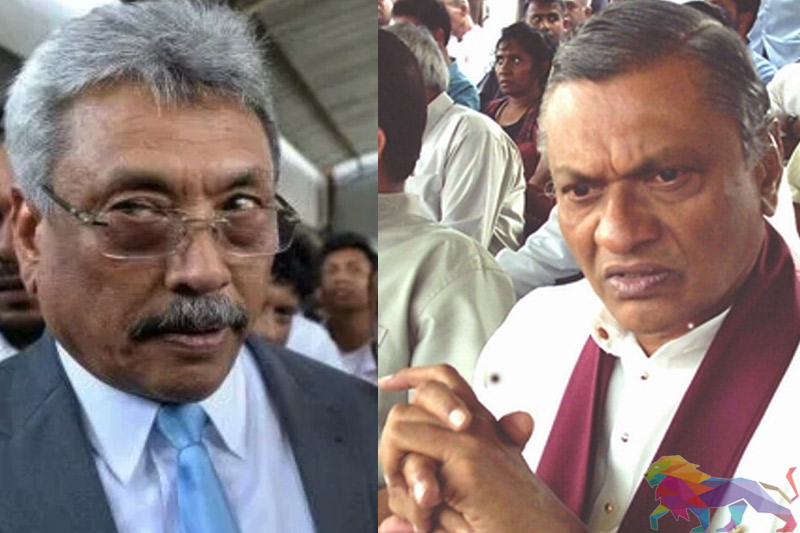 Sri Lanka Podujana Peramuna (SLPP) presidential hopeful, Gotabaya Rajapaksa has now put his brother, former Speaker Chamal Rajapaksa in trouble over the inclusion of Gotabaya’s name in the 2005 Mulkirigala voter registry when he had become a US citizen in 2003.

The Elections Commission (EC) has in writing to former Speaker Chamal has sought explanation on how the names of several foreign citizens were listed as electors at the Rajapaksa family home in Medamulana in 2005.

The Elections Commission on September 2 was officially notified that a letter had been sent to the former Speaker and the Commission is continuing its inquiry into an alleged voter fraud allegation.

The Commission has ascertained that Chamal, the eldest of the Rajapaksa family, was listed as the householder at the Medamulana ancestral home in the electoral register.

The Election Commission has written to Chamal in the backdrop of statements made by former President and incumbent Opposition Leader Mahinda Rajapaksa that “20 CID officials had been dispatched to Weeraketiya” to dig up old voter registry records.

Extracts of the Mulkirigala electoral register from 2005 were first published in the Sunday Observer on August 11.

Soon after publication, Deputy Editor of the Anidda newspaper, Lasantha Ruhunuge lodged a formal complaint with the Elections Commission demanding an inquiry.

Polls monitor the Centre for Monitoring Election Violence (CMEV) has also demanded an impartial investigation into the allegation of voter fraud against Gotabaya.

These individuals were not Sri Lankan citizens at the time, the complaint has noted.

The complainant has called on the Commission to determine whether the foreign nationals had voted in the 2005 presidential poll in which their sibling Mahinda Rajapaksa contested as a candidate.

Controller General Immigration and Emigration R.M.P.S.B. Ratnayake has meanwhile told the Sunday Observer that on Friday, the Department had forwarded the information requested by the CID.

The CID had requested documents and information pertaining to the newly issued passport to Gotabaya.

Gotabaya has already gone on record about obtaining a new passport on May 7, purportedly claiming that he was no longer a dual citizen, and that he had used it to travel to Singapore for medical treatment.
It is also learnt that police are also investigating the alleged voter fraud complaint pertaining to the Mulkirigala Electoral Register entry as well as Rajapaksa’s own admission that he had arrived in Sri Lanka on a tourist visa in 2005 to assist his brother’s election campaign.