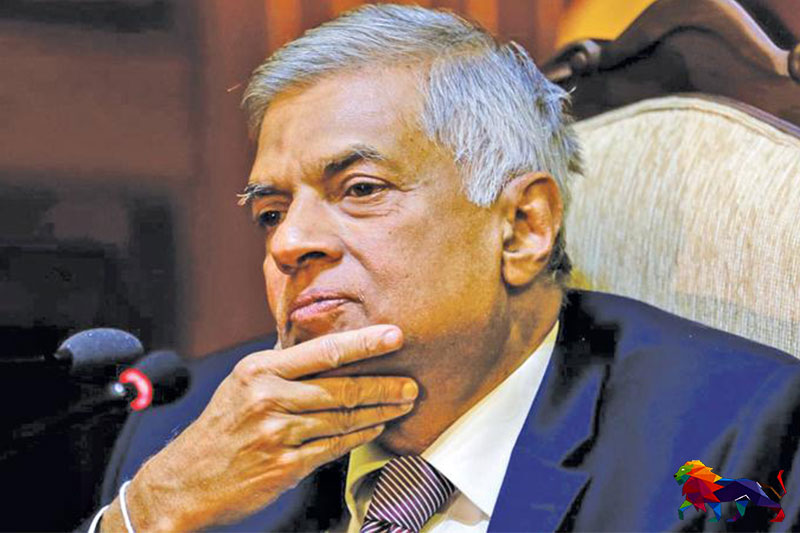 Ministers Sajith Premadasa, Mangala Samaraweera and Ravi Karunanayake were unable to attend the meeting since they had prior engagements.

The Prime Minister has accepted the Ministers Samarawickrama, Samaraweera and Dr. Harsha de Silva had presented him with several reports on surveys conducted locally and internationally. Wickremesinghe has also said that he had assigned a separate public survey and had received the report.

Dissanayake has asked the Prime Minister as to what that survey had reported.

The Prime Minister has said, “I have 20 percent, Karu Jayasuriya has 15 percent and Sajith Premadasa has 35 percent. The main focus however should be on the fact that there’s a considerable amount of people who have not decided as yet. Therefore, we have to focus on who would be able to get the support of those undecided ones.”

Samarawickrama has then explained that the most recent survey has shown the Prime Minister having 17 percent, Karu Jayasuriya 15 percent and Sajith Premadasa 42 percent support.

The Prime Minister has refrained from commenting on the surveys any further and agreed to meet with Premadasa on Sunday (8) for a one to one meeting.

Party Secretary Kariyawasam has said that six senior ministers of the UNP have threatened to quit the party if Premadasa is announced as the party’s presidential candidate.

Samarawickrama has immediately responded saying that if two thirds of the UNP’s ministers and MPs would resign if the Prime Minister is named as the party’s presidential candidate.

Questions over “juniors” at the meeting

Several ministers have at the outset of yesterday’s meeting questioned the presence of “junior” party ministers like Daya Gamage and Sarath Fonseka when there were senior UNP ministers like Ravi Samaraweera and Chandrani Bandara who could have been asked to attend the meeting. The Prime Minister however has avoided the question.

Gamage has responded saying that it was he who maintained the UNP head office, Sirikotha, when the party was in the opposition. However, Daya Gamage was silenced when a Minister has noted that the Prime Minister had appointed Anoma Gamage as a national list MP and as a State Minister as a mark of gratitude.

Meanwhile, Daya Gamage has been accused by senior party members of the failure to utilise the funds received by his company from other businesses to renovate and maintain Sirikotha when the UNP was in opposition. The Prime Minister had assigned Gamage to obtain the private funds and use them through one of his companies to maintain Sirikotha during the Rajapaksa regime.

Sarath Fonseka has meanwhile asked as to why a decision could not be made to make him a candidate since the UNP in 2010 decided to appoint him as the common candidate at the presidential election. Another Minister has responded saying that it could have been considered if Fonseka had not contested under another party at the 2015 general election.

Fonseka contested the 2015 general election from the Democratic Party and managed to poll only around 30,000 votes from the entire country. While the Democratic Party managed to secure seven seats after contesting the 2010 general election together with the Janatha Vimukthi Peramuna (JVP), the party was unable to secure any parliamentary seats at the 2015 election after contesting separately. The party’s vote bank also saw massive erosion.