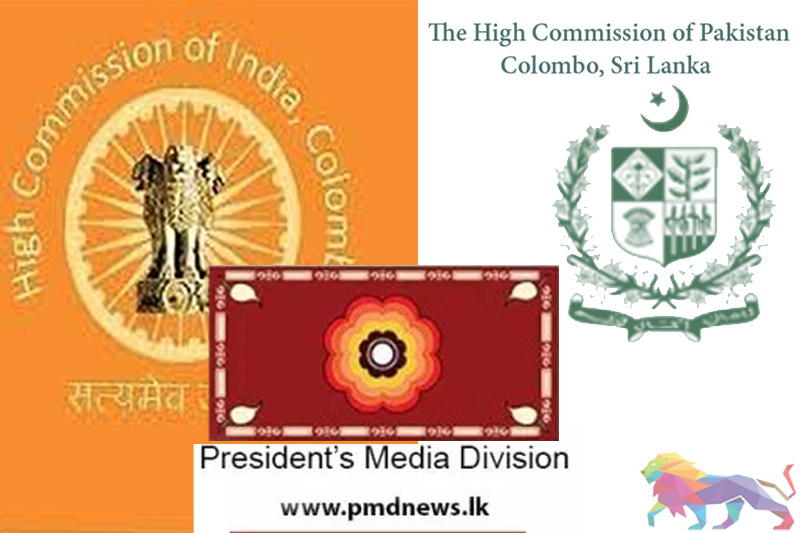 The discussion between the President and the Pakistani envoy had focused on the existing issues over the Indian occupied Jammu and Kashmir.

Following the meeting, the Pakistani High Commission issued a media communiqué that was published in several media outlets including news websites.

The Pakistani High Commission in Colombo stated that the High Commissioner had apprised the President about the current situation in the Indian occupied Jammu and Kashmir.

The press release stated: “During the meeting, the High Commissioner briefed the President about India’s illegal and unilateral actions seeking to alter the disputed status of Indian occupied Jammu and Kashmir and its demographic structure by revoking Article 370 and 35A.”

“He also apprised the President of the deteriorating human rights and humanitarian situation in the Indian occupied Jammu and Kashmir, which has been under total lockdown and curfew since 5th August 2019. He added that these steps were in contravention of the United Nations Security Council (UNSC) resolutions on Jammu and Kashmir and the International Law,” the communiqué further noted.

The Pakistan High Commission also stated that the President had acknowledged that Jammu and Kashmir is a disputed territory and expressed his desire that this dispute should be resolved according to wishes of Kashmiris under UN Resolutions.

“He also offered Sri Lanka’s mediation and facilitation of dialogue between Pakistan and India to re-activate the SAARC forum. He further said that resolution of Kashmir issue is essential for permanent peace and stability in the region,” the communiqué noted.

Soon after the news appeared on several websites of news media outlets, officials at the Indian High Commission had contacted officials at the Presidential Secretariat and inquired about the details on the meeting, The Leader reliably learns.

Inquiries were also made from the President’s Media Division (PMD) whether the President had undertaken to mediate between India and Pakistan to resolve the ongoing crisis.

When PMD officials had maintained that the President had not commented on such an undertaking.

The Indian High Commission officials had then demanded the PMD to immediately issue a clarification on the matter and to deny the statement issued by the Pakistani High Commission.

The PMD was caught in a catch 22 situation where it neither could nor anger the Indians nor strain relations with Pakistan.

The persistence of the Indian High Commission on PMD officials to address the issue and to request local media to refrain from publicizing the Pakistani High Commission communiqué resulted in the PMD issuing a clarification denying some contents in the media release issued by the Pakistanis.

Accordingly, giving in to pressure from India, the PMD issued a clarification on Thursday (22) to the media release issued by the Pakistan High Commission following the High Commissioner’s meeting with President Sirisena.

The PMD stated that the said meeting had taken place at the request of the Pakistani High Commissioner and he had briefed the President about the recent developments with regard to India’s abrogation of Section 370 and annulling of Article 35A of the Constitution of India.

“The President gave a patient hearing to the Pakistan High Commissioner’s views and stated that both India and Pakistan have excellent friendly relations with Sri Lanka and Sri Lanka’s interest is to see the growth of regional cooperation and friendship,” the PM said.

“The President did not make any other comment on the issues pertaining to India and Pakistan,” the PMD added.

However, a senior member of Sri Lanka’s Foreign Service told The Leader that India will never get over its Big Brother attitude of trying to bully Sri Lanka.

The Foreign Service member said that it was not appropriate for the Indian High Commission to have got involved in the matter at the level it has done.
“Also, the PMD should be careful when engaging in such diplomatically sensitive issues since in the attempt to comfort one party, you might end up antagonizing the other,” the official said.