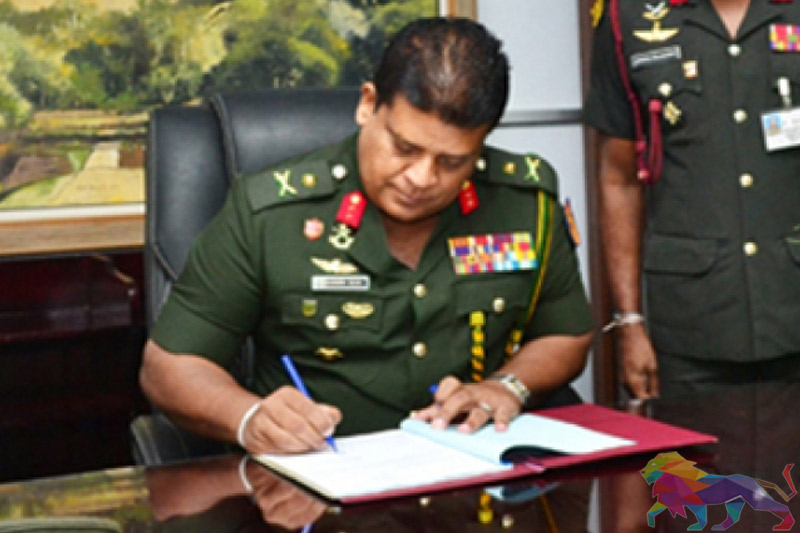 The New Commander of the Sri Lanka Army (SLA) Lieutenant General Shavendra Silva is to pay special attention to the military intelligence unit and re-organise the division.

Lt. General Silva has said that he intended to re-organise military intelligence units and raise them to an elevated level in keeping with strategies of international armies while simultaneously sharing their experience and practices.

The Army Media Unit has issued a communiqué quoting Lt. General Silva as saying that he hopes to groom a matured and efficient Army through constant training, enabling them to face any challenge.

The new Army Commander has further been quoted as saying that the reputation and confidence of the Sri Lanka Army must be protected and that it is not at all second to any of the armies in the world.

“My special attention would focus on grooming Army personnel who would be equipped with technical know-how that matches with modern and global standards,” Lt. General has said.

He has added that any Army in the world is committed to protect the inalienable rights of the country’s citizens and create a conducive atmosphere for democratic way of life while being alert to adopt any measures against internal or external threats with determination.

According to the Army Commander, the Sri Lanka Army adhered to those guidelines, acceptable to any State and acted in keeping with international humanitarian laws and rights during past humanitarian operations.

Lieutenant-General Silva commanded the controversial 58th Division of the Sri Lanka Army during the final stages of the war against the LTTE in 2009. Successive UN investigations have implicated his division in alleged violations of international humanitarian and human rights laws.

Therefore, members of the international community have so far expressed concerns over Lt. General Silva’s appointment as the new Army Commander.

The US, EU, Canada and the UN High Commissioner for Human Rights have all issued official statements expressing deep concern over the new appointment and questioned Sri Lanka’s commitment to honouring the UN Human Rights Council (UNHRC) resolutions as well as to ensure accountability, justice and reconciliation in the country.