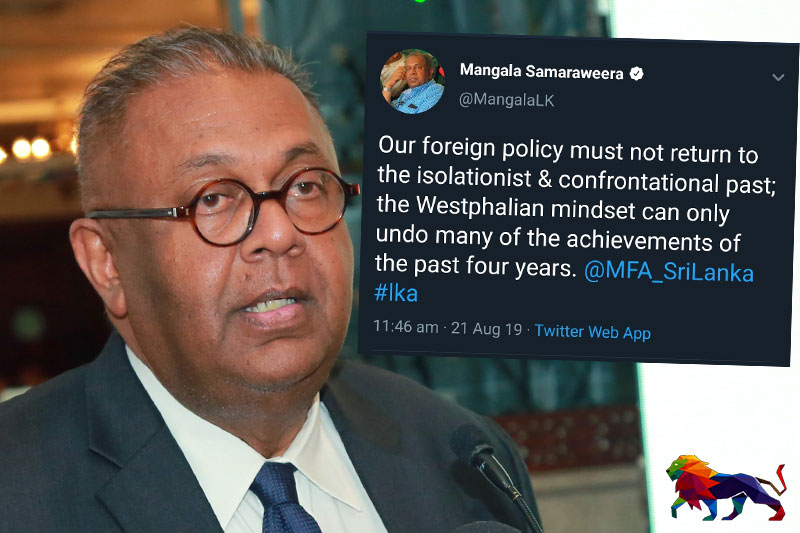 Following a release by the Ministry of Foreign Affairs on the appointment of Lt. Gen. Shavendra Silva as the Commander of the Sri Lanka Army, Finance Minister Mangala Samaraweera has stressed that the achievements of the past four years will be undone if the country goes back to its previous 'Westphalian' mindset.

In a twitter message, he also noted that the country’s foreign policy should not return to the isolationist and confrontational past. The Minister was responding to the international outrage recently following Silva’s appointment. 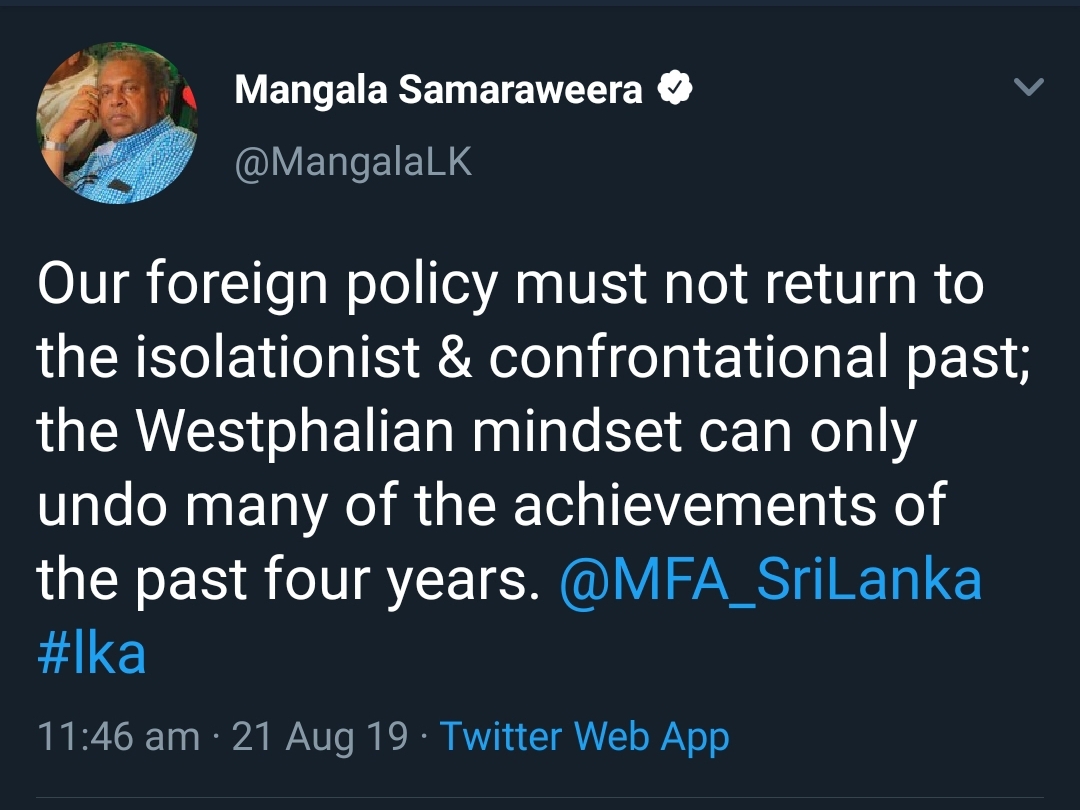 Meanwhile, Editor of the Colombo Telegraph, Uvindu Kurukulasuriya on his personal facebook profile yesterday had posted the below note.

“Mangala who speaks up for everything while trying to make Sajith the President as well as Sajith himself must both express their opinion on Shavendra being appointed as the Commander of the Army.”

However, the Minister chose to respond to the international opinion on the appointment at a time the Foreign Minister has declared the decision as one made by a 'sovereign state.'

Kurukulasuiriya had then gone on to put up the post mentioned below. 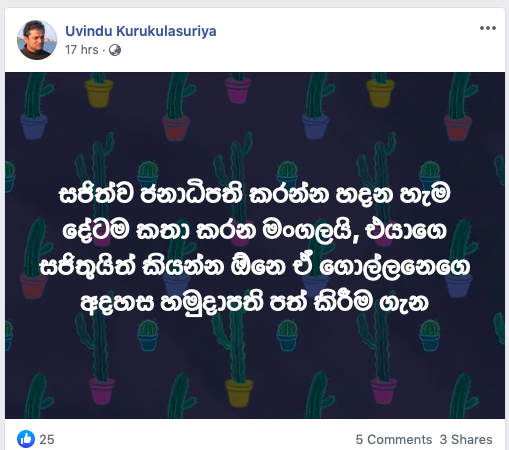 Addressing the media Minister, Champika Ranawaka responded to the US reaction in the below manner.

While the government is in turmoil however, the Pohottuwa party and its candidate Gotabaya Rajapaksa’s silence on the matter has not gone unnoticed.

When questioned by Reuters, an official of the US State Department has said that appointing an officer who has been accused of war crimes will affect military cooperation as well as investments going forward.