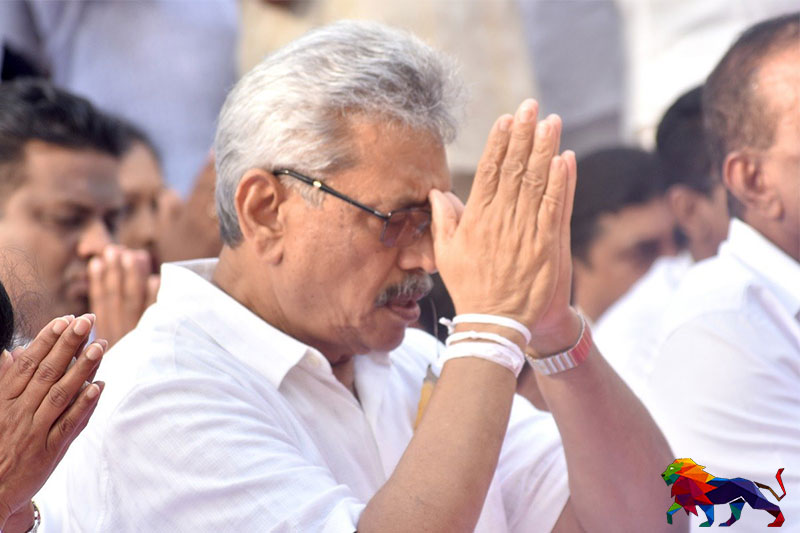 Sri Lanka Podujana Peramuna (SLPP) presidential candidate Gotabaya Rajapaksa’s name has not been included in the official US Government publication “Quarterly Publication of Individuals, Who Have Chosen To Expatriate”, or renounce US citizenship, in the 2nd quarter of 2019 - covering 1 March to 30 June.

Gotabaya claimed that he received official confirmation on May 3 from the US Government that he was not considered a US citizen.

A document was then published by some media organizations, which he said confirmed he has renounced his citizenship.

However, the US Government, in its Federal Register - the equivalent of the Gazette published by the Sri Lankan Government - publishes a list of US citizens who have lost or given up their citizenship in the previous quarter every three months.

Accordingly, the most recent filing, a 17-page document, dated August 7, 2019 and covering the 2nd quarter does not include Gotabaya’s name.

The document states, “the listing contains the name of each individual losing United States citizenship, with respect to whom the Secretary received information during the quarter ending 30 June 2019.”

According to Article 91 of the Constitution of the Democratic Socialist Republic of Sri Lanka, no person can contest the Presidency or serve as President if they are a citizen of any country other than Sri Lanka.

Meanwhile, Gotabaya told the media that a further confirmation of his renunciation of the US citizenship was the new Sri Lankan passport obtained by him, without the dual citizen stamp.

He claimed that the Immigration and Emigration Controller General has accepted him as a Sri Lankan citizen.

However, details then started to emerge on the irregularities involved in the manner in which the Sri Lankan passport was issued and Gotabaya’s dual citizenship issues.

It has also been revealed that Gotabaya has not made an application under the Citizenship Act and that his new passport has been issued under a new National ID that is unconnected to border control records.

The Leader learns that Gotabaya’s passport application was received and processed by the Immigration and Emigration Department on an urgent basis on May 7, this year after 3.00 p.m., which is the cut-off time for new applications.

Also, Gotabaya had not appeared at the Immigration Department to be finger-printed, and the passport was issued in a matter of hours under a new National ID card number that is not connected to Gotabaya’s previous NIC or border control records.

Gotabaya has reportedly obtained the new passport from the Immigration and Emigration Department in May without the dual-citizen stamp.

According to Gotabaya, this new Sri Lankan passport was proof that he was no longer a dual citizen under Sri Lankan law.

According to immigration officials, persons with dual citizen status are required to make a formal application under the Citizenship Act if they wish to regain regular Sri Lankan citizenship. However, Gotabaya it is learnt had not followed this regular process, but had obtained a passport which did not indicate his dual citizenship status.

It is also learnt that the use of a new National ID card number for Gotabaya when obtaining the new passport had prevented the immigration computer systems from automatically noting that he was on record as a dual citizen.

According to an affidavit filed by Gotabaya before Sri Lanka's Supreme Court, he had returned to Sri Lanka in 2005 to assist with his brothers presidential campaign.

He had applied for dual citizenship on November 18, 2005, which is interestingly, the day his brother was sworn in as the President of Sri Lanka.

It is now learnt that files on Gotabaya’s dual citizenship are not at the Immigration and Emigration Department.

Gotabaya’s application was given top priority although there was a large backlog of applications over several months. The computer system at the Immigration and Emigration Department has noted that while the dual citizenship was granted in November 2005, the data pertaining to Gotabaya was only entered into the system on January 13, 2014.

When inquiries were made to observe the original documents, it had been revealed that there are no copies of the application, receipt of payment, or the dual citizenship certificate granted to Gotabaya in the Department file.

All this resulted in two civil activists writing a complaint to the Acting Inspector General of Police (IGP) calling for an investigation in to the alleged irregularities.

The Criminal Investigations Department (CID) is now conducting an investigation into the complaints and has uncovered many irregularities Gotabaya’s citizenship issue.

The complaints were lodged by Professor Chandragupta Thenuwara and Gamini Viyangoda calling on the Acting IGP to probe the allegations of “possible criminal activity” by Gotabaya in obtaining the passport, declaration of dual citizenship and the disappearance of government records pertaining to these allegations.

Puravesi Balaya Convener, Viyangoda in his complaint has noted that Gotabaya has publicly declared that he intends to contest the Presidential Election. “As you are aware all criminal proceedings against a person will cease upon their being elected as President,” he has stated.

According to Viyangoda, the Police should investigate whether criminal offences are disclosed by this information and whether Gotabaya did indeed legally obtain dual citizenship in Sri Lanka after renouncing his allegiance to the country of his birth and pledging fealty to the United States of America in 2003.

The complaint lodged by Prof. Thenuwara, which does not name Gotabaya, has noted that the “individual concerned” has had criminal proceedings instituted against him by both the Commission to Investigate Allegations of Bribery or Corruption (CIABOC) and the Attorney General for the alleged misappropriation of public funds and corruption.

Meanwhile, Internal and Home Affairs Minister Vajira Abeywardena has told the media that Gotabaya had not officially informed his Ministry about renouncing American citizenship.

The issue of granting dual citizenship, its renunciation and re-application for Sri Lankan citizenship fall under the purview of Abeywardena.
Quarterly Publication of Individuals, Who Have Chosen To Expatriate, or renounce US citizenship, in the 2nd quarter of 2019 - covering 1 March to 30 June released by the US Government is found below: 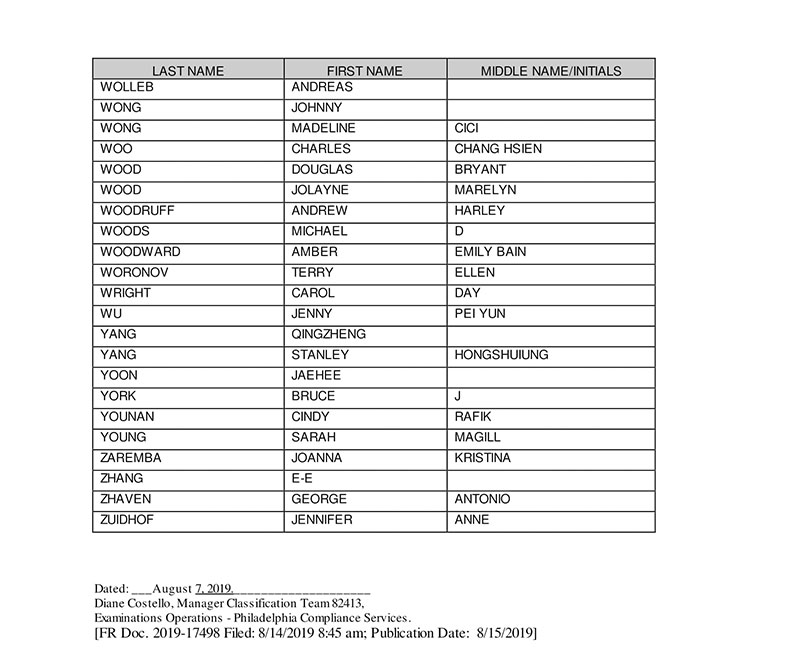