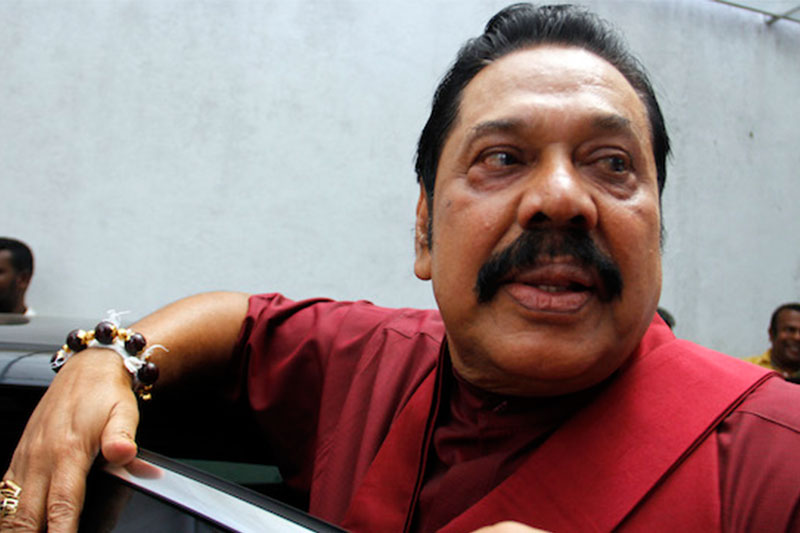 Questions have now risen over the parliamentary seat of former President and incumbent Opposition Leader Mahinda Rajapaksa once he formally assumes the role of Leader of the Sri Lanka Podujana Peramuna (SLPP) on Sunday (11) at its convention to be held at the Sugathadasa Indoor Stadium.

The SLFP constitution states that a member of the party cannot become a member or hold office in any other political party. If a member engages in such action, he/she is sacked from the party.

When Rajapaksa assumes the SLPP leadership, he ceases to be a member of the SLFP, thereby legally loses his parliamentary seat.

However, SLPP National Organiser, Basil Rajapaksa says that Rajapaksa losing his parliamentary seat after officially assuming the role of SLPP leader would not be an issue for the SLPP’s political path.

According to Basil, even if such a development takes place, it would not hinder the political journey of the former President.

“He has been President, he has been the Prime Minister, the Opposition Leader and he has held various Ministerial portfolios. Losing his Parliamentary membership will not be an issue. It will not hinder his or our journey in any way,” Basil told the media.

Basil has made this observation in response to a question posed by the media on the possibility of Rajapaksa losing his parliamentary seat obtained as a member of the SLFP.

“We will be announcing our new Party leader at our Party convention. It will be former President and current Opposition leader Mahinda Rajapaksa,” Basil said.

Also, after assuming the SLPP leadership, Rajapaksa is scheduled to announce the party’s presidential candidate at Sunday’s convention.

The presidential candidacy is tipped to be given to Rajapaksa sibling, former Defence Secretary Gotabhaya Rajapaksa.

Mahinda to the rescue

There was pressure from senior SLFP members last year to sack Rajapaksa from the party and take over his parliamentary seat when he assumed the role of de facto leader of the SLPP last year.

Many UPFA MPs represented in the ‘joint opposition’ in parliament also took over membership of the SLPP and posted photographs of accepting membership cards on their social media pages.

However, President Maithripala Sirisena intervened at the time and requested UPFA General Secretary, MP Mahinda Amaraweera to declare that Rajapaksa and his loyalists were still members of the SLFP.