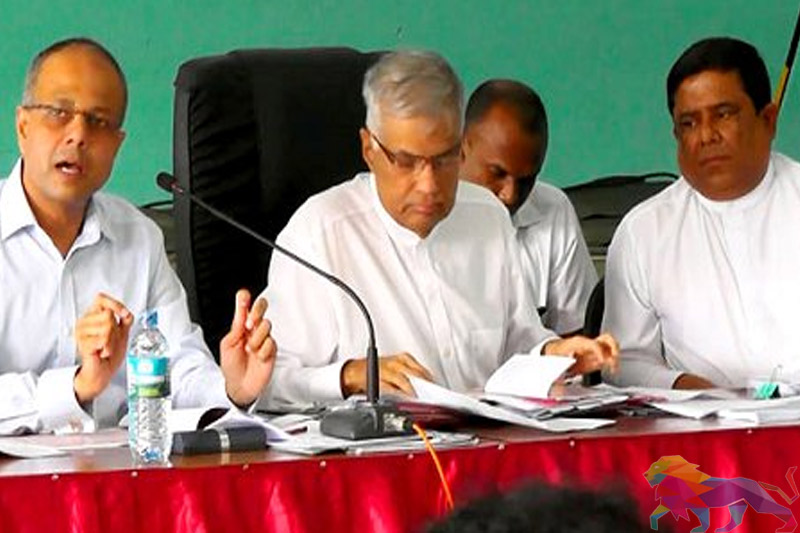 Ministers and parliamentarians of the United National Party (UNP) have decided to stop all personal meetings with former Defence Secretary, Gotabhaya Rajapaksa.

Gotabhaya is all set to be named as the presidential candidate of the Rajapaksa led Sri Lanka Podujana Peramuna (SLPP).

The decision to stop all personal meetings with Gotabhaya was compelled by the fact that he is to become a presidential candidate of the opposition and the growing concerns over reports of meetings that have taken place between senior UNP ministers and Gotabhaya, a senior UNP member told The Leader.

The issue of UNP ministers meeting with Gotabhaya came to light when UNP Chairman, Minister Kabir Hashim who visited Gotabhaya at his residence in Nugegoda to inquire after his health since had returned to the country after surgery, walked in on Minister Sagala Ratnayake having a secret meeting with the "Pohottuwa" presidential hopeful.

It is learnt that several UNP MPs had raised concerns over Ratnayake, whom they claim has had several secret meetings with Rajapaksa.

Ratnayake however, has said that he had visited Gotabhaya to inquire into his well being.