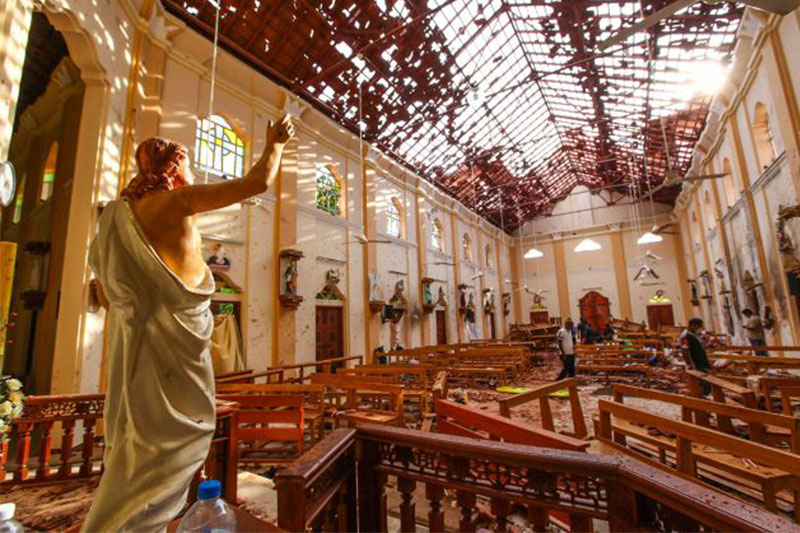 Despite claims being made to the effect by the leadership of Islamic State (IS) of its involvement in the Easter Sunday attacks in April, a panel appointed by the UN has noted that the IS was not involved in the April attacks in Sri Lanka.

The UN panel that investigated into the Easter Sunday attacks in Sri Lanka was appointed by the UN Security Council (UNSC).

The UN panel has stated in a report that the attacks in Sri Lanka show the continuing appeal of Islamic State of Iraq and Levant in Libya (ISIL) propaganda and the risk that indigenous cells may incubate in unexpected locations and generate a significant terrorist capability.

These and other ISIL attacks on places of worship, alongside the attacks in Christchurch, New Zealand, in March 2019, offer a troubling narrative of escalating interfaith conflict, the specialist monitors at the UNSC has stated in the report.

The group is currently dependent upon ISIL-inspired attacks, such as the Easter Sunday bombings in Sri Lanka which Abu Bakr al-Baghdadi mentioned but which ISIL leadership clearly knew nothing about in advance.

Whether or not the Sri Lankan attacks were motivated by the attacks in Christchurch, New Zealand, in March 2019, the narrative of interfaith conflict is concerning, the report has further noted.

The Easter Sunday suicide bombings on April 21st was carried out against churches and luxury hotels in three cities and seven locations in Sri Lanka resulting in a total of 258 deaths. The bombings were conducted by the local groups National Thowheed Jamath (NTJ) and Jammiyathul Millathu Ibrahim (JMI).

According to the UN report, some of the suicide bombers had travelled to the Syrian Arab Republic and received weapons training from ISIL.

The report has noted that the explosives specialists are believed to have studied ISIL methods for constructing improvised explosive devices on the internet and tested the designs before the attacks. Ball bearings, nails, and a combination of chemicals were used in the bombs. Light bulb filaments and washing machine timers were used for initiation.

The report has pointed out that despite the claim of responsibility by ISIL, member state investigations have revealed that the ISIL core had not directed or facilitated the attacks, nor did it know about them in advance.