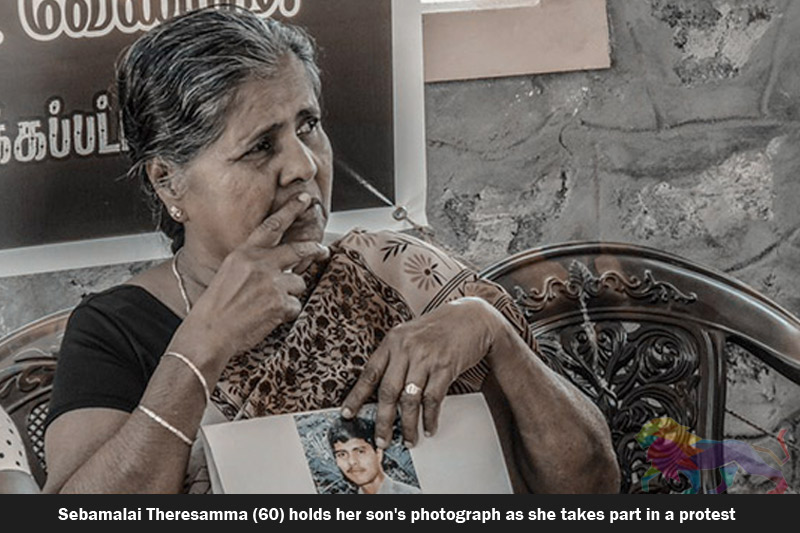 A Tamil mother searching for her son who disappeared in the custody of Sri Lankan security forces 11 years ago had died from a heart attack.

Sixty years old Sebamalai Theresamma passed away after returning home from the 865th day of the continuous protest by families of the disappeared.

Since then she has been fighting alongside thousands of Tamil mothers seeking answers about their loved ones from the government.

"Please release her son so that he can have a final look at his mother's face," convener of relatives of the disappeared in the Mullaitivu district, Mariyasuresh Easwari appealed to the government.

At least 20 mothers protesting the disappearance of their relatives have died before finding the fate of their loved ones taken away by security forces during the war and its aftermath.

According to the government body set up to probe enforced disappearances, the majority of the war disappeared are those who surrendered to the security forces.
(jdslanka.org)
Related News:
Cabinet to decide on Tamil political prisoners