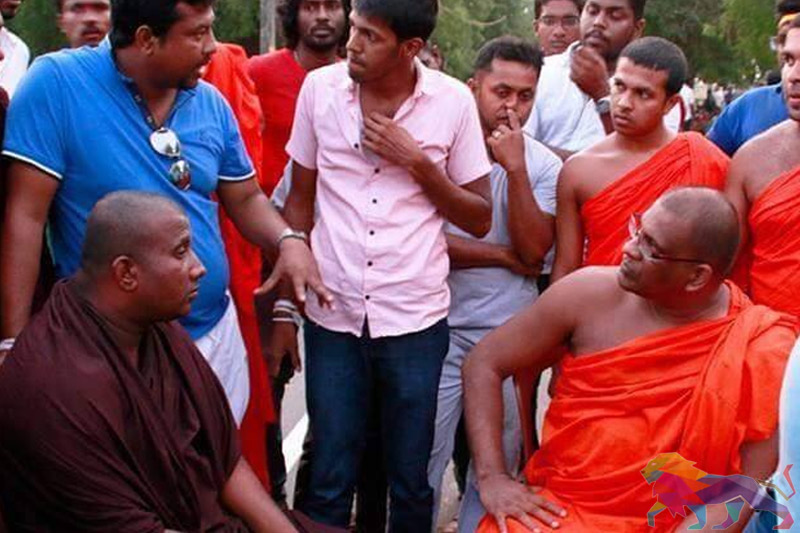 The political practices of Minister Rajitha Senaratne and the General Secretary of the ‘Sinhala Ravaya’ organization, Magalkande Sudaththa Thera has become a hot topic of
discussion on social media after the Thera was recently quoted as saying there is a dearth of National Leaders and a President from the Kalutara District should be appointed next. We can a

The Thera had said Minister Rajitha Senaratne should be therefore appointed as the country’s next President. He had made this statement when delivering an Anusasana while attending an alms giving organized by the ‘Rajitha Senaratne Foundation’.

However the public who were in support of the Minister has been left in shock after Rajitha Senaratne, a popular political character who has stood against racism was seen as seeking the endorsement of the Rajapaksa aligned far-right Bhikku Magalkande Sudaththa ahead of the Presidential race.

The Lankadaily.com website has strongly criticized Rajitha for his Presidency mania which is believed to have been fed to him by Prime Minister Ranil Wickremesinghe. The website filing a special report has gone so far as to call the Minister ‘a lout’ and a ‘liar’.

“Throughout his political career, Minister Rajitha Senaratne stood against racism and fanaticism with left-leaning policies. However, his reality is far different and instead masked the truth all along it has been revealed” the website said. 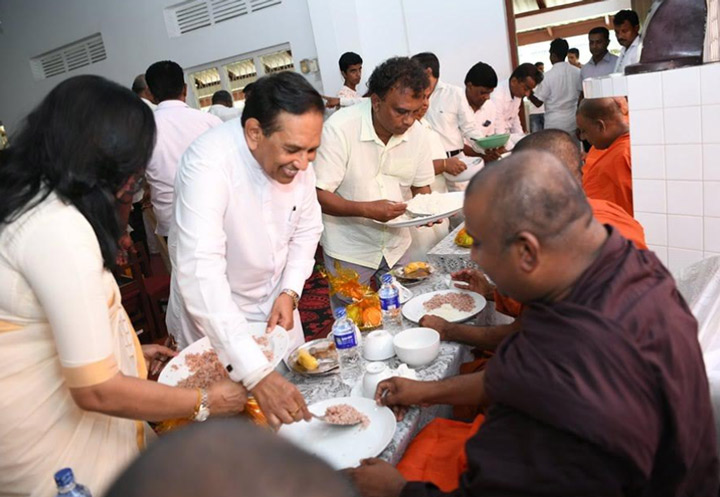 Magalkande Sudaththa Thera who attended the alms giving along with a host of Samaneras’ was an active member of the radical far-right Buddhist organization ‘Bodhubala Sena’ and then formed his own group, the ‘Sinhala Ravaya’ organization known for its racist and fanatic rhetoric.

He is also known to be a Rajapaksa cohort. Once on the Birthday of Mahinda Rajapaksa, the Thera had posted the below message on social media. 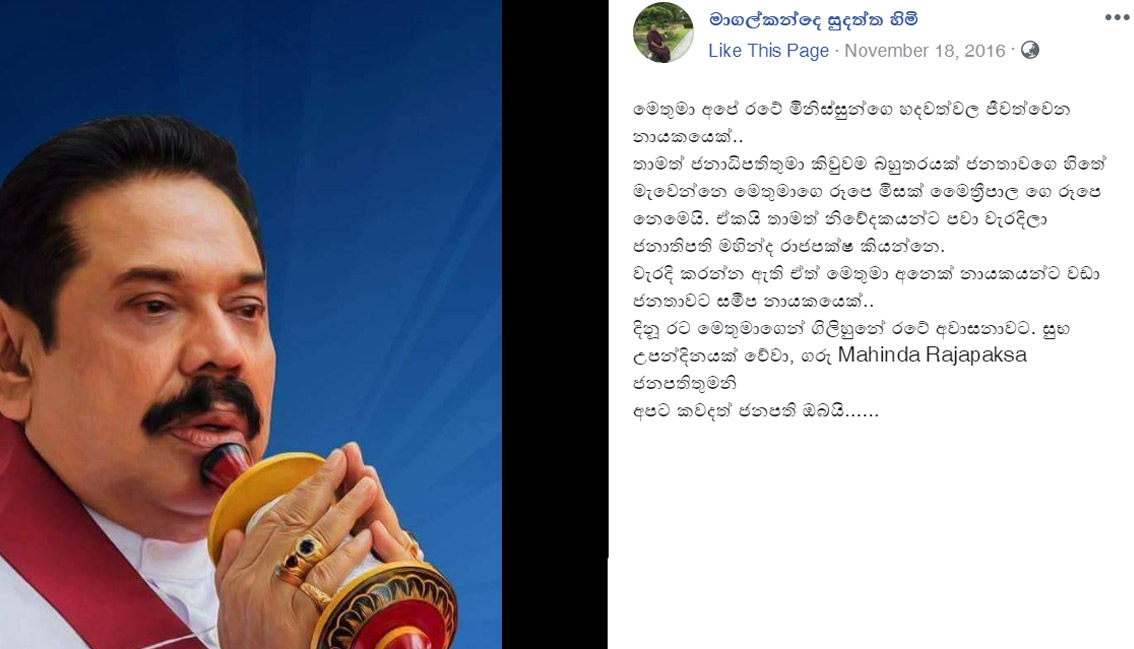 However, speaking on the Thera’s political practice and behaviour Major Ajith Prasanna said ‘People who were crooks in their lay lives have now joined the Sangha and are attempting to destroy it. We are against this.’

In fact, prior to becoming a Buddhist monk, the Thera had been a Police Constable attached to the Traffic Police Headquarters. Police insiders say he was of questionable even character back then. They believe he had left the Police to become a Bhikku for gain as opposed to real conviction.

Meanwhile, political commentator Kalyananda Perera posting on his Facebook Page questioned the behaviour of the Bhikku in the below manner.
“Angulimala became a Bhikku and found the right path. Sudaththa Thera apparently was in the Police. He is said to have tattoos as well. Why did he find the right path and then become an Angulimala yet again?”
PIC Kalyannada 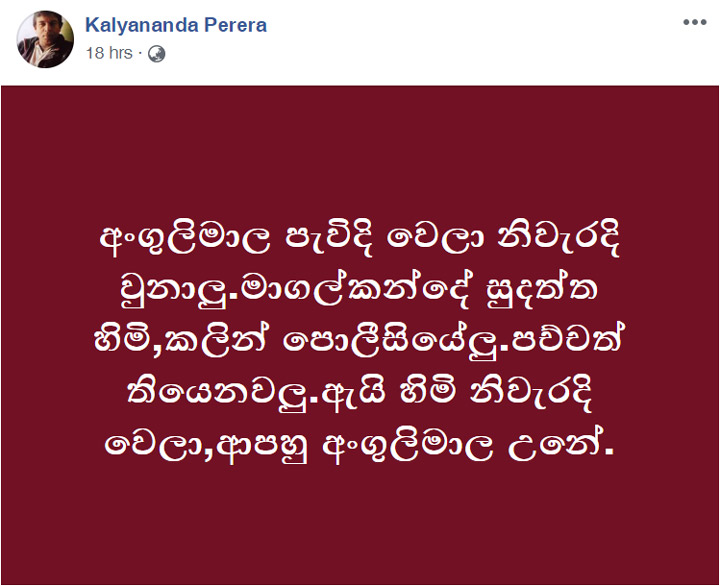