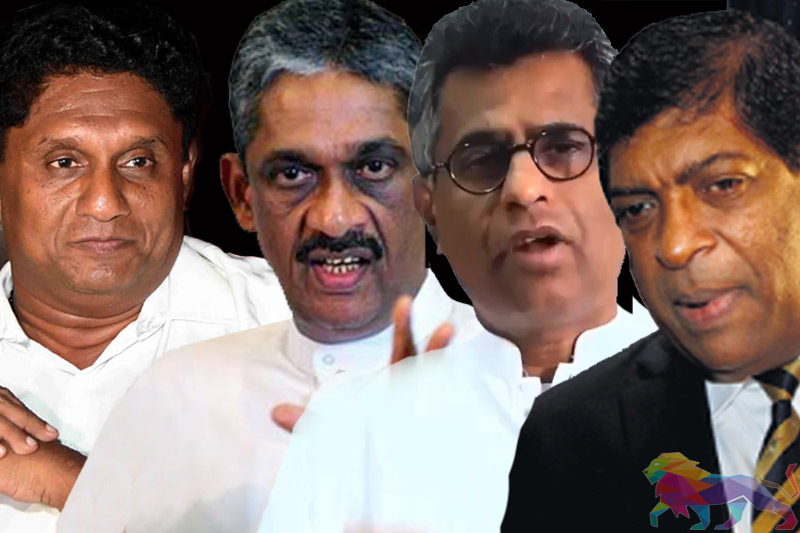 propaganda campaigns against UNP Deputy Leader Sajith Premadasa in order to prevent him from obtaining the Presidential candidacy of the partu, sources from Sirikotha revealed.

While the tussle between Sajith and Ravi has been ongoing for a lengthy period of time however, what is noteworthy is that the others who have commenced opposing campaigns against Premadasa are MPs who are hoping to gain the Presidential candidacy of the UNP.

According to the Sirikotha sources, Prime Minister Ranil Wickremesinghe himself had asked these MPs to prepare themselves to contest the upcoming election.

Close associates of Wickremesinghe claim that the aim of the UNP leader who has already commenced the Presidential election campaign of the party is not to contest in the upcoming elections but to retain his position as Leader of the UNP and the Premiership.

According to overheard conversations of some of these associates at popular nightclubs in Colombo, Wickremesinghe is adamant that Karu Jayasuriya and Sajith Premadasa will not be allowed to contest in the Presidential elections and instead has informed Champika, Rajitha and Fonseka to prepare to contest in a bid to prevent them from voicing their support to Sajith.

“When choosing a candidate, the PM must not make a unilateral decision” - Minister Eran

Meanwhile, in the recently aired Neth FM Unlimited programme, State Minister Eran Wickramaratne said that when choosing a candidate, party leader Ranil Wickremesinghe should not make a unilateral decision or decide on a candidate based on another's influence. He also noted that as on two previous occasions, the Premier will name a different candidate as the UNP nominee.

The debate within the UNP on choosing a Presidential candidate can be seen as a sign of democracy. At a time where the Pohottuwa (Sri Lanka Podujana Peramuna) candidate is being chosen according to the whims and fancies of the Rajapaksa family, the efforts of the UNP to have an open discussion about their candidate as seen in developed countries must be appreciated.

Another important fact to note is that when in 2010 and 2015 the party had to seek outside its rank for a candidate, this time around there is competition for the opportunity within the party itself. Therefore, no matter who is put forward by the SLPP, it is believed that the UNP candidate will most likely win the upcoming Presidential election.