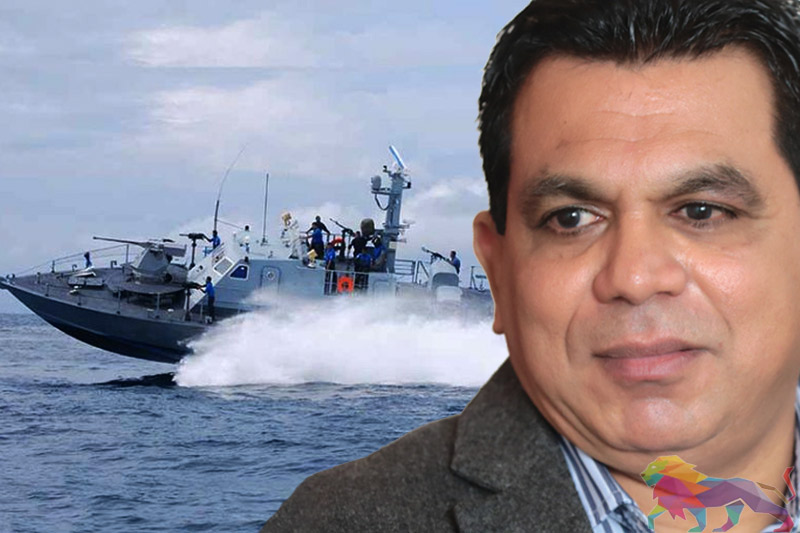 Avant Garde Chairman, Nissanka Senadhipathi has in a fiery revelation exposed the conduct of the Sri Lanka Navy where some officers were engaged in corruption and extortion through the sale of weapons to foreign nationals and losing weapons while handling the maritime weapons armoury.

Responding to allegations on the then government’s decision to hand over the floating armoury and maritime security business to Avant Garde Maritime Services Limited, Senadhipathi has charged that the business was removed from the Sri Lanka Navy and handed over to Avant Garde “were the sale of over 800 weapons (this is the number known to us. The actual numbers could be much higher) to foreign nationals for US$ 5,000, issuing licenses to these weapons, extorting monies from these foreign nationals and the entrance of foreign nationals into the country carrying these weapons posing a threat to national security.”

He has further noted that before taking over the floating armoury business from Rakna Arakshaka Lanka, Sri Lankan authorities had lost 172 weapons and that the UN Maritime Agency has also raised concerns over the missing weapons.

Following is the statement issued by Senadhipathi:

“I decided to write this statement in response to the many misleading and hateful statements being publicized by some elements about the reason for removing the floating armoury business from the Sri Lanka Navy and vesting it with the Avant Garde company. Despite holding documentary evidence to respond to the various allegations leveled against us continuously during the past few years, we refrained from publicizing these facts since it would have placed the Sri Lanka Navy in an embarrassing situation and also because the retired senior Navy officers in our company objected to the publicizing of these documents.

We state these facts with responsibility and documentary evidence since this discussion took place in the presence of five admirals. When then Defence Secretary Gotabhaya Rajapaksa decided to shut down the business after sacking the corrupt naval officers, it was decided to hand the business over to us after we made representations that we were able to carry out the business.

By then we were already, without support from any one, engaged in the floating armoury business in the Red Sea. We were the only local company with the expertise to engage in maritime security as well as handle a floating armoury. Although the business was first handed over to Rakna Arakshaka Lanka Limited (RALL), they were unable to carry out the business since they did not possess the required infrastructure facilities including ships.

The report on a meeting held between me and eight senior officers of the Sri Lanka Navy in 2012 shows the high regard they had for the proposals presented by me with regard to the business. The former Navy Commander was humble enough to state, “The Navy is generating a large sum of money by providing storage facility to PMSC. However, national security cannot be compromised for financial gains.” However, as war veterans, our respect and gratitude for the Sri Lanka Navy shall remain unchanged. We did not expose these details earlier since it would have placed the Navy in an embarrassing situation. However, I have planned to release a detailed piece on this matter to the national newspapers as well."

“Before Rakna Lanka handed over the business to us, 172 weapons that were held by 24 foreign companies that were taken overseas had gone missing and we managed to travel around the world and locate 158 of those missing weapons. The balance 14 weapons remain missing to date. These weapons would have fallen into the hands of terrorists like ISIS and Al Qaeda.

We are in possession of a letter issued on this matter by the UN Maritime Agency. In the event one of these missing weapons are used in an assassination and is taken into custody, investigations into the weapon number will reveal that it was originally issued by Sri Lanka. Although I had informed the responsible authorities as well as the Criminal Investigations Department (CID) about this issue, action has not yet been initiated on the matter.