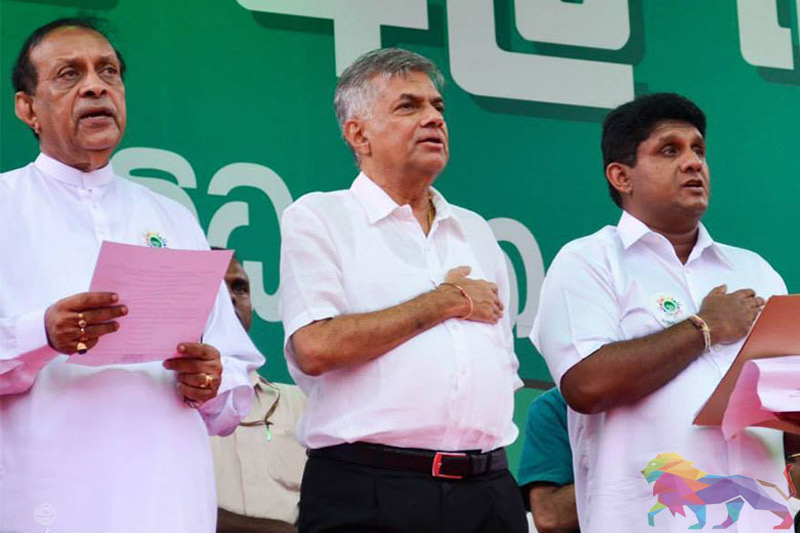 Three names, consisting those of Ranil Wickremesinghe, Karu Jayasuriya and Sajith Premadasa have been nominated

as the possible candidates of the United National Party (UNP) for the upcoming Presidential elections, Minister Ruwan Wijewardene has said.

Presenting a candidate for the election Wijewardene said the UNP stand is that a party stalwart who would best serve as a President and is accepted by the people should be nominated.

The Minister revealed this at an event held at the Colombo Hilton yesterday (09) where media questioned him about the party’s plans going forward.

He also said the names have been presented to the Executive Committee of the party and has been discussed. He said all party members would support any one chosen of the three.

“Some elements are spreading rumours that there is an internal conflict within the party. But there is no truth to this. A candidate is always chosen with the agreement of all members. No matter who is chosen no one will leave the party” he said.