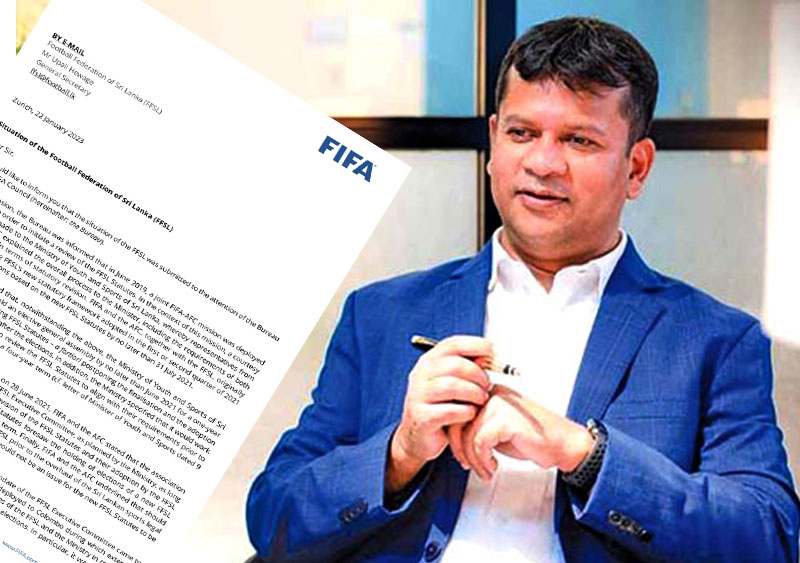 Former chairman of the Football Federation of Sri Lanka (FFSL) Jaswar Umar has called for the intervention of president Ranil Wickremesinghe to get FIFA's suspension of local football lifted.

Speaking to the media in Colombo yesterday (23), Umar expected the matter to be treated as a national issue.

Effective from January 21, the FFSL loses all its membership rights until further notice, the world football governing body has announced.

The FFSL representative and club teams are therefore no longer entitled to take part in international competitions until the suspension is lifted, FIFA said.

This also means that neither the FFSL nor any of its members or officials may benefit from any development programmes, courses or training from FIFA and/or the AFC, it added. 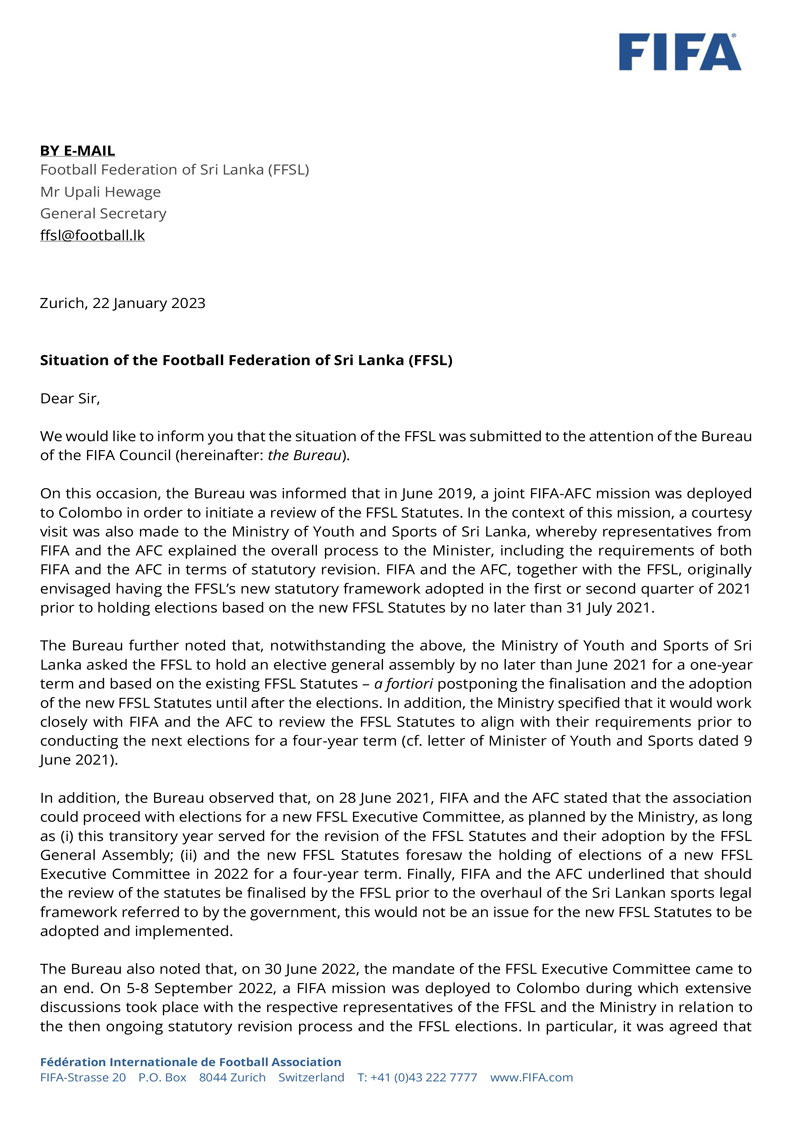 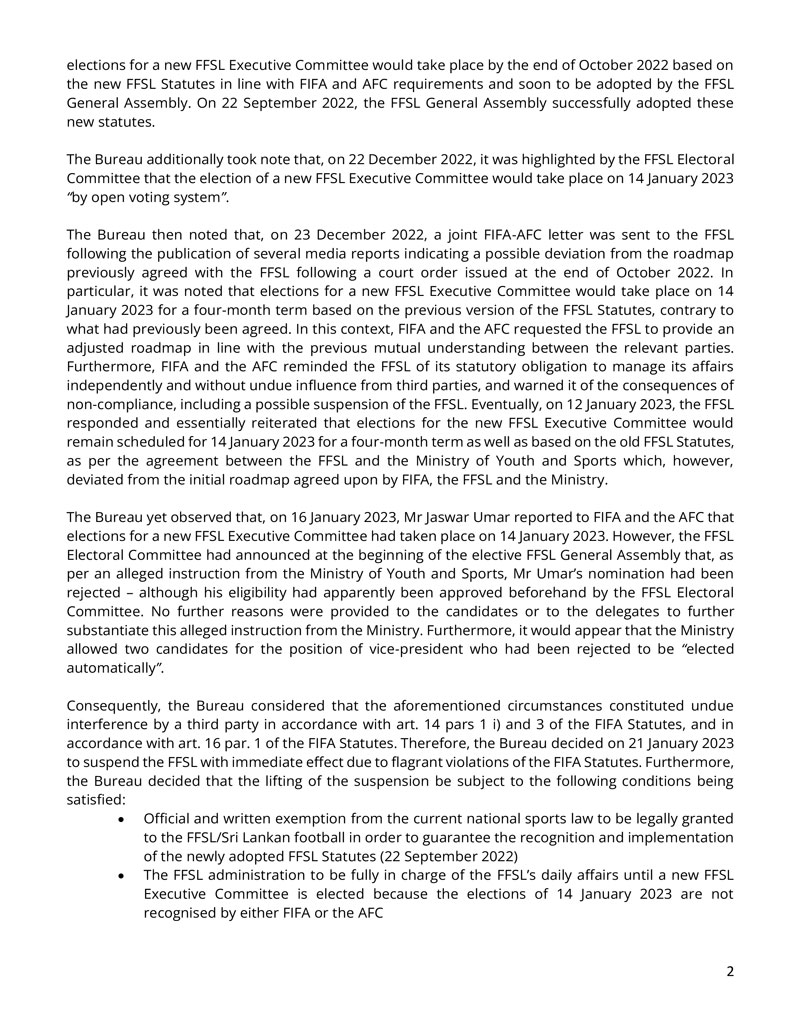 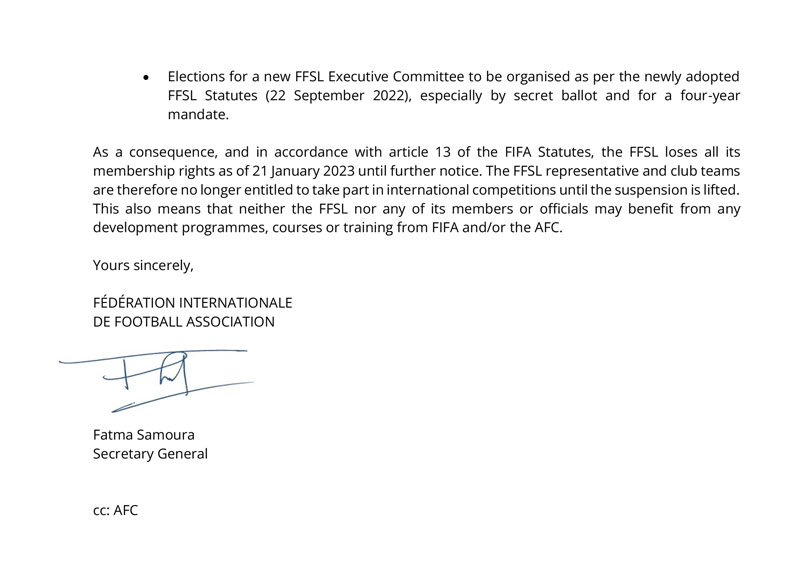 Football Sri Lanka to amend its constitution after 35 years