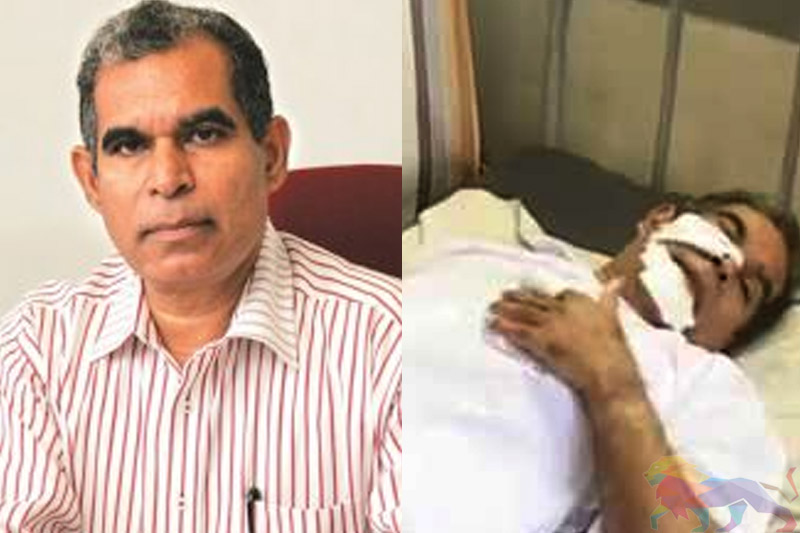 Investigators have made this major breakthrough on the probe after fingerprints found on Tennakoon’s vehicle on the day of the assault becoming a match to an army officer accused of being involved in the attack.

Co-ordinating Secretary of the Attorney General, State Counsel Nishara Jayaratne has said that investigations had linked Rajapaksa’s fingerprint to that found on Tennakoon’s vehicle.

The suspect has no explanation as to how his fingerprint got on Upali Tennakoon’s vehicle, Jayaratne has said.

Following the breakthrough, Attorney General Dappula De Livera had instructed the CID to arrest Rajapaksa and produce him before court.

The Attorney General had issued the instructions on June 27th.

Rajapaksa was attached to the controversial Tripoli Army Camp in Maradana, which was known to house a team of Special Forces and military intelligence personnel who carried out several highly sensitive operations during the Rajapaksa regime, especially with regard to media personnel.

Intelligence officers attached to the Tripoli Army Camp have been linked to the assassination of The Sunday Leader Editor Lasantha Wickrematunge (2009), the abduction and torture of journalist Keith Noyahr (2008), and the attack on journalist Namal Perera.

Tennakoon was assaulted on January 23, 2009 by unknown assailants and both Tennakoon and his wife were injured in the attack.