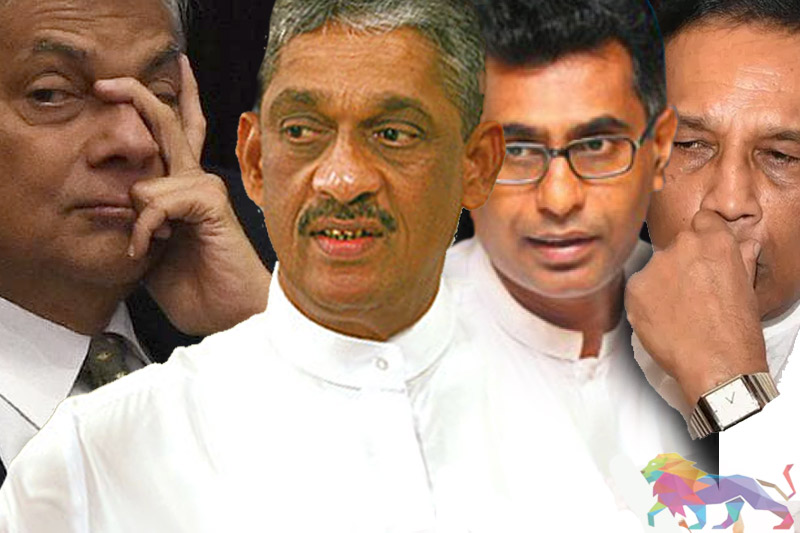 Prime Minister Ranil Wickremesinghe is said to have informed three Ministers separately to prepare themselves to contest as the United National Front's (UNF) presidential candidate, The Leader reliably learns.

According to inside sources, the Ministers informed by Wickremasinghe are namely Rajitha Senaratne, Champika Ranawaka and Field Marshal Sarath Fonseka.

On two prior occasions (2010 and 2015) there was internal pressure from within the party calling for the UNP leader to not contest the Presidential election. However, as similar opposition has mounted sources say if matters come to a head the PM has decided to field a candidate outside the UNP.

As a result, Wickremesinghe had personally visited Casino owning millionaire Dhammika Perera and invited him to accept the candidacy. However, the UNP members have opposed the move vehemently and it was following this incident that Wickremesinghe had informed these Ministers to prepare themselves.

According to those close to the Prime Minister, the main aim of the UNP leader is not to contest the Presidential election but to secure his position as party leader. As a result, he appears to be attempting to secure the post of Prime Minister by fielding a common candidate with the 19th Amendment giving more prominence to the role than that of the President.

Meanwhile, according to weekend Newspaper 'Anidda', it is likely that the UNP leader will not contest in the upcoming Presidential election, paving the way for him to opt for either Karu Jayasuriya, Sajith Premadasa or Champia Ranawaka.

Recently, Minister of Finance, Mangala Samaraweera had also opined that Sajith Premadasa should be put forward as the UNP candidate for the election with the blessing of Prime Minister Ranil Wickremesinghe. A large number of UNP stalwarts and MPs have agreed with Samaraweera’s stance.

However, holding a different view, UNP Deputy leader Ravi Karunanayake has said Speaker Karu Jayasuriya should be put forward as the party’s candidate. According to sources, if they are not named as the party’s candidate, both Senaratne and Ranawaka are said to be supporting the candidacy of Jayasuriya as well. Civil Society groups who supported Sirisena are now supporting the candidacy of Jayasuriya as well.

However, while UNP leaders including Malik Samarawickrama has requested Karu Jayasuriya to be presented as the candidate, Wickremesinghe is said to have vehemently opposed the proposal.

Speaking to The Leader, a stalwart of the Sri Lanka Freedom Party (SLFP) however claimed that despite the proposal to field Sajith, Wickremesinghe has assured Opposition Leader Mahinda Rajapaksa that neither Sajith or Karu will be given the UNP candidacy.

The Only UNP man to oppose the Rajapaksa Camp?

“The Only fearless UNP politician who can oppose the Rajapaksa’s is Mangala Samaraweera. Perhaps if he is put forward as the Presidential candidate the UNP will be able to give a good fight.”