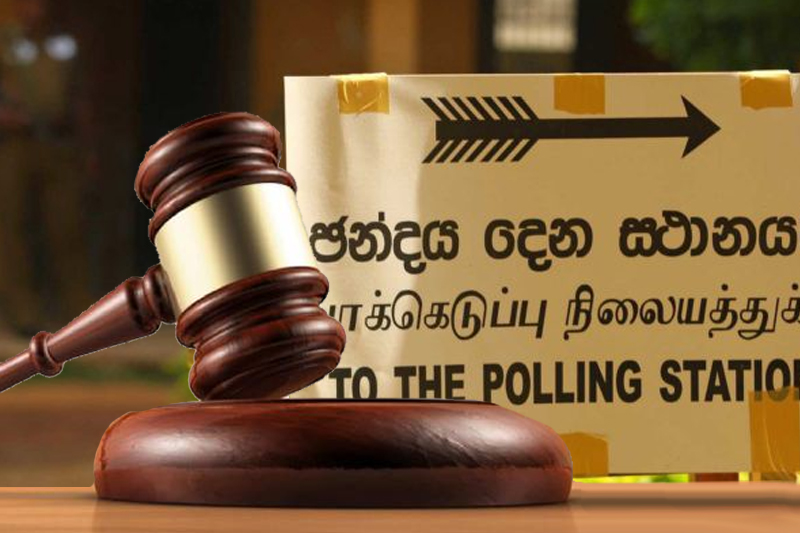 A retired Army Colonel, W. M. R. Wijesundera, filed a writ petition in the Supreme Court yesterday (02) against the holding of the local government polls.

He says the Election Commission has informed him that finances for holding elections can be obtained via income received or obtaining money through loans.

His Petition is based on Clause 140 of the constitution and names the chairman of the Election Commission and its four members, prime minister, secretary to the Ministry of Finance, secretary of the cabinet and the attorney general as respondents.

Wijesundara is questioning the benefit to the country or the public from holding LG polls at this time, noting the media reveals that while one political party is calling for an election, another group says there is no money to do so.

A minimum of Rs. 10 billion will have to be spent to hold the election, replied the Election Commission was asked two weeks ago under the Freedom of Information Act as to whether money had been allocated for holding an election and if the money was available in cash.

The petitioner says he was informed in writing that generally, it costs Rs. 10 billion to hold an election and that it is determined based on income received by the government or on being able to obtain loans.

Submitting all relevant documents to the Supreme Court, the petitioner notes the current income of the country, conditions imposed by the International Monetary Fund and the ratings given to Sri Lanka by international credit rating agencies, and the government’s income and expenditure for the past three years.

He also points out that work is being carried out for nationwide electoral reform and laws are being formulated for the financial control in election campaigning and political representation of youth and women is being decided as well as candidate transparency and that a parliamentary selection committee is working on these matters.

This is also time a dialogue is taking place to curtail to one-third the 8,711 local government members who are a heavy economic and social burden to the country, the petitioner says, and questions how a sudden election benefits the country and its people.

Also, there is inability to obtain bilateral and multilateral loans, and inflation resulting from money printing and bearing election costs will definitely lead to a collapse of the economy.

Once again there will be no fuel and gas, lengthy power cuts etc. that will subject the country to many grave crises and social pressure to maintain the living conditions.

Earlier, ‘The Leader’ reported that the March 12 Movement warned of a possible delaying of the local government polls further through court action.

Its convener Rohana Hettiarachchi said they are well prepared to take appropriate action in such an eventuality.

Both the Election Commission and the government are responsible for holding elections on time, he reminded.

The petitioner seeks a writ order to the four leading respondents, including the chairman of the Election Commission, to invalidate arrangements for the LG polls.

He also requests the court’s perusal of the documents already submitted and any other documents required, and to maintain the status quo by issuing interim orders until completion of the case’s hearing or a period the court deems appropriate, and that a writ order be issued to prevent the effect of the Election Commission’s decision to hold the LG polls.