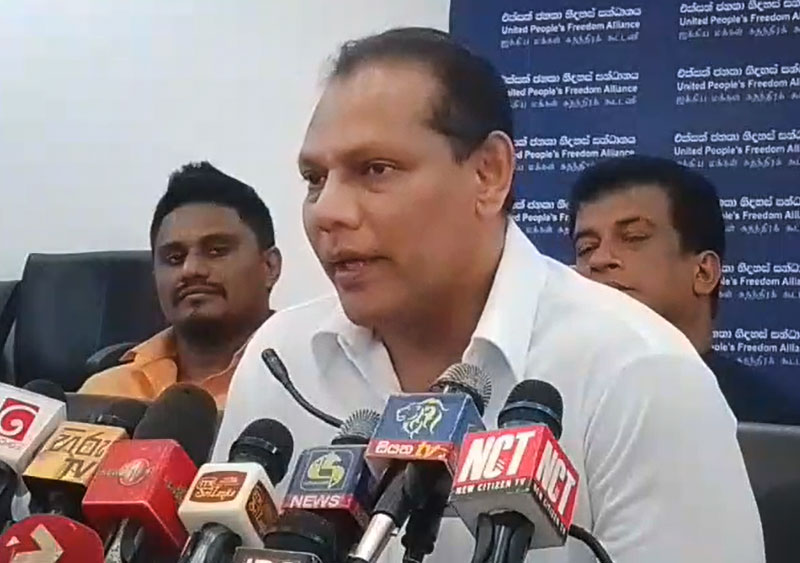 The Sri Lanka Freedom Party (SLFP) will form an alliance along with all leftist and progressive forces to contest the upcoming local government polls, said its general secretary Dayasiri Jayasekara.

The party will field candidates under its ‘hand’ symbol for LG bodies in the north and the east, while contesting as the UPFA or other alliance in the rest of the provinces, he told journalists yesterday (02).

However, the SJB is not among the around 27 parties, including the Supreme Lanka Council and the Freedom People’s Council, with which the SLFP has held talks so far, said Jayasekara.

He added that attempts by the government to put off the election would be defeated.