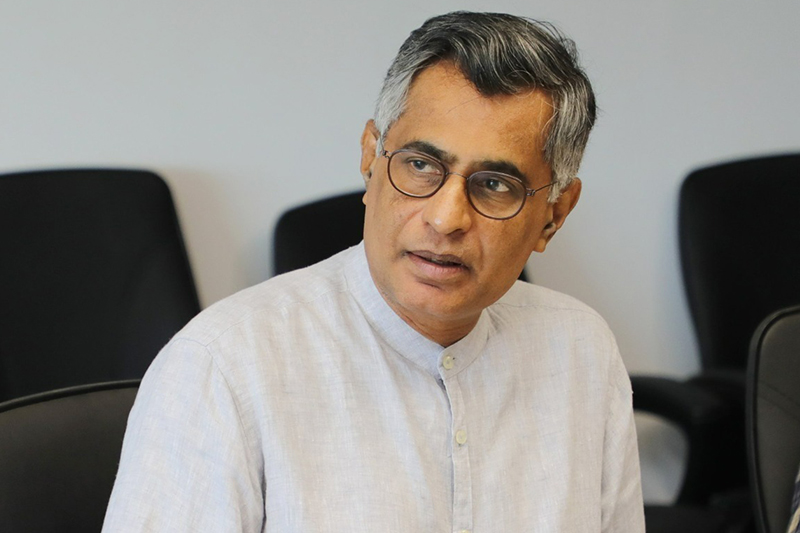 Leader of the 43 Brigade Patali Champika Ranawaka has called for a new political force centred on youths.

The MP told journalists in Kandy that the country’s bankruptcy and the anti-government struggle pointed to that need.

He said he remained committed toward building such a political force.

Ranawaka said he was yet to be invited to ally politically, and that he will consider the situation before taking a decision.

Referring to an all-party conference called for power devolution, he said that was just something on the agenda of those in power to cover up the burning issues of the people.

Instead of this police state and state repression, hold the local government election in a free environment, he urged.

Answering a question on the IMF’s bailout loan getting delayed further, he said the country should go forward with or without it.

Selling state assets here and there to find money temporarily to run the country is not what should happen now, despite the need for a full restructuring of the state sector, he said.

A concerted and well-planned effort is the need of the hour, said the MP.

On the SLPP’s attempt to revive the party by getting down its national organizer Basil Rajapaksa, Ranawaka said the country cannot go forward with that party or under the Rajapaksas.

Knowing that, Basil Rajapaksa is biding time until the next election that will decide their fate.

Persons with honest intentions to build the country should form a powerful political force instead, he said.