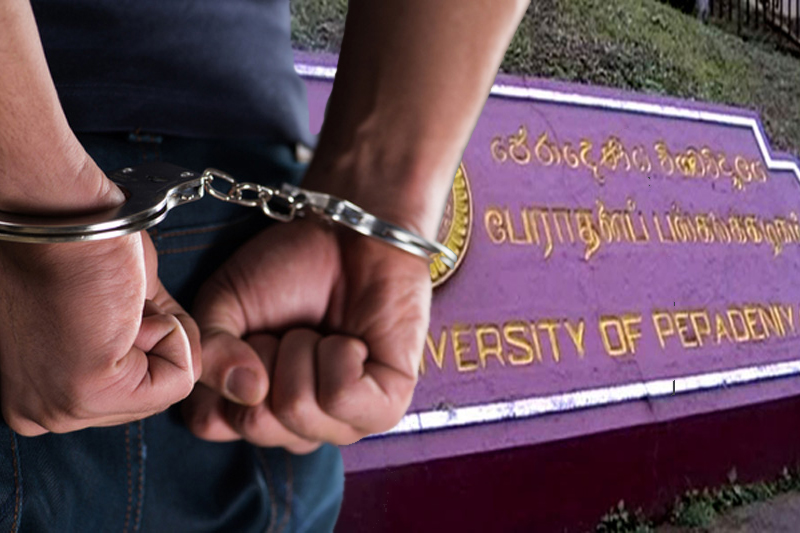 Law enforcement authorities have been ordered to close Peradeniya University to help arrest the students in hiding after assaulting their former vice chancellor Prof. Athula Senaratne three days ago.

The National Security Council that met this morning (13) discussed the incident, with president Rani Wickremesinghe issuing instructions that university lecturers should not experience such instances.

With orders going out to public security minister Tiran Alles and other top officials for a full probe, he is to decide the next course of action after receiving an investigation report.

Prof. Senaratne’s official residence was attacked by students on December 10 over his son’s car colliding with a motorcycle parked nearby.

Twelve of those involved were handed a suspension, while six of them were arrested following their surrender to Peradeniya police last night.

They are to be questioned and produced before courts.

Six more students identified from CCTV footage are to be arrested.