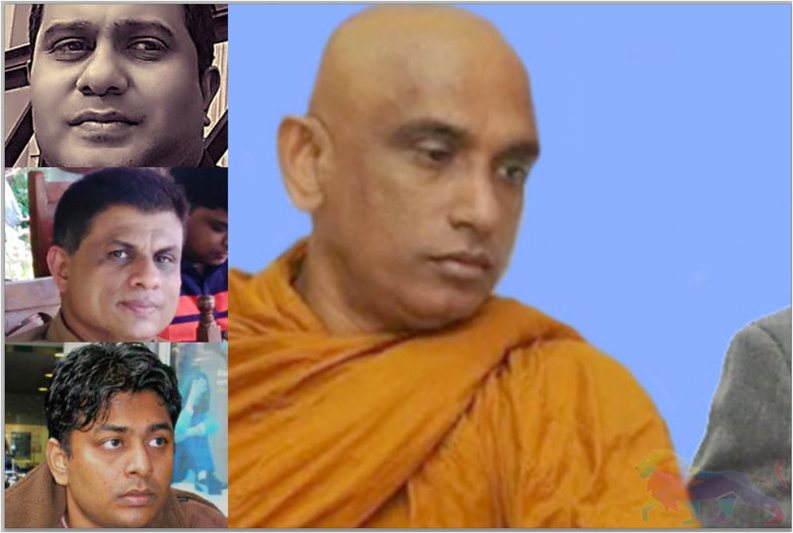 All Intelligence services in Sri Lanka have confirmed that Dr Shafi Shihabdeen, a doctor from the Kurunegala Base Hospital, has no links to any local or foreign extremists or terrorist outfit.

The CID presenting facts on Dr Shihabdeen, who continues to be in the custody of the Criminal Investigations Department (CID), on June 27 at the Kurunegala Base Hospital, ASP B.S Tissera in open courts said in all reports called for from Intelligence Units, the doctor was not linked to any terrorist activities.

He also noted that all wealth amassed by the doctor is legal. The CID presented a 210-page long B-report to courts consisting of 750 statements obtained adding that they saw no reason to continue holding the doctor.

The CID in its report mentioned that it had called for reports from the Army, Navy, Air Force, Police intelligence units and even the State Intelligence Service (SIS) as well as the National Intelligence Bureau, the Attorney appearing for Dr Shafi noted.

“Every unit had responded that he had no connection to terrorism or any other suspicious activity. This was mentioned by ASP Tissera in courts” Attorney at Law Hijaz Hizbullah said.

Investigators were also not able to uncover anything suspicious through a Mobile Device Forensics analysis carried out on Dr Shafi’s mobile requirement, with ASP Tissera, therefore, claiming the doctor cannot be charged with having links to extremist or terror organizations.

“The CID informed courts it was unfair to hold a person when not even his mobile phone could show any reasonable suspicion of any terror activities,” Hizbullah said. ASP Tissera had informed the court that they would discuss the possibility of lifting the detention order of the doctor with the Secretary of Defence.

Meanwhile, it was also revealed in courts that the Kurunegala Police officers had believed media reports and Sinhala nationalist monks on their ‘illegal sterilization’ allegations against the doctor going on to falsify documents in order to arrest him.

“The ASP said the doctor has been arrested on suspicion and false information” Hizbullah revealed adding that the Kurunegala Police had also obtained statements from the doctor but backdated them. “The dates on the documents are incorrect,” he said. The ASP had told courts that it is illegal to do and that the CID will investigate further into the matter.

Agreeing with the lawyer, an investigator into the case said the behaviour of DIG of Wayamba and OIC Crimes of the Kurunegala Police and their actions against the doctor is suspicious.

“Police appear to have arrested him without any evidence or valid suspicion. We asked them to provide proof or reports they based their arrest on. But their response was that there were no such reports” he added.

According to the report submitted by ASP Tissera, the investigation reports of the Kurunegala Police which had arrested the doctor based on orders of DIG Wayamba, Kithsiri Jayalath are not acceptable.

Additionally, ASP Tissera had also informed courts that there was no evidence to prove that Dr Shafi had conducted illegal sterilizations on his female patients. According to him, 17 gynecologists and 70 nurses from the hospital had denied the allegations against Dr Shafi claiming they were false.

When asked what action would be taken against the Police officers who created the false allegations, the CID investigator said an investigation will be held against DIG Jayalath and other officers involved in the arrest of an individual after creating a piece of false news that would cause a social commotion and presenting allegations which cannot be accepted.

“This investigation was based on a personal grudge. We will also arrest the journalist who reported this false news. They have continued to report connected news without any proof or evidence.

In the DIG’s statement, he claims that he had no involvement in the report on illegal sterilizations and it was news fabricated by the Divaina newspaper” he added.

Hemantha Randunu, the journalist who broke the story in his statement to the CID had admitted that he created the news based on DIG Jayalath’s idea. “This was a story fabricated by all involved” the investigator revealed.

Even after the arrest of Dr Shafi, the newspaper continued to report on him. In one news item, it claimed the young daughters of the doctor had distributed free sanitary napkins to schoolmates with the aim of making those girls infertile.

Following severe backlash and ostracizing behaviour of others faced by the two girls, they have now sent a letter of demand to the Divaina newspaper editor Anura Solomons, reporter Manoj Abheydeera and another requesting they pay Rs. 5o Million each as damages.

Meanwhile, MP Ratana Thera who also attended the June 27 court session spoke to the media where he claimed the CID’s reputation has been ruined by ASP Tissera who had shed tears for Dr Shafi. He also said he would request an international investigation while admitting he led the move to arrest Dr Shafi based on the allegation levelled against the Doctor.

“I didn't expect this from the CID. I will reveal this report to the whole country and world. An institute in the US agreed to help me with the investigations. I will bring experts from New Delhi in India next week as well” he revealed.

However, according to reports, those heading the CID are considering the possibility to commence investigations against DIG Jayalath for revealing secret intelligence information to the Divaina newspaper and against parliamentarian Rathana thero for spreading the news as well as making statements which are inciting racial hatred and disharmony.